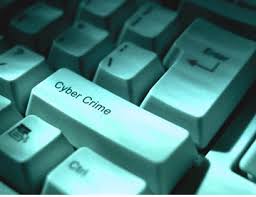 As long as criminals have been plotting to circumvent order and established protocols, there have been crime-fighters pushing the envelope to foil their efforts. As criminals hatch sophisticated schemes to bypass detection, law enforcement agencies and other dedicated groups devise original and inventive ways to thwart their advances. Technology and innovation play key roles in crime detection, responding to ever-changing criminal methods. Throughout history, technological advances have changed the way law enforcement personal and concerned citizens police their neighborhoods. Automobiles, radios, and mobile telephones, for example, each represent game-changing innovations that enhance crime prevention, detection and control. Just as these revolutionary advances shed new light on crime-fighting practices, today’s technological innovations open new avenues of detection for modern crime fighters.

Using data to identify patterns and potentially predict crimes is a growing law enforcement trend that relies on machine learning to identify predictive patterns. Old-fashioned police work requires manual data analysis, especially in crime series’, when individuals or groups commit multiple crimes. But a recent machine learning innovation called Series Finder helps police narrow their searches by growing a crime series projection from a couple of unsolved crimes. The algorithm uses historical crime data to “learn” and construct patterns based on analysis of particular data points like geographical location and modus operandi. Burglaries, for example are charted according to their occurrence, and Series Finder attempts to return relevant information about future vulnerabilities. While predictive policing is in its early stages, high profile endorsements from the Justice Department and other agencies attest to its important place in the future of crime detection.

Analyzing and interpreting digital information is an increasingly important part of modern criminal proceedings, as data mining and other sophisticated electronic crimes are seen with increasing frequency and severity. Exposing the digital criminal footprint left by fraudsters and other digital criminals requires cutting-edge tactics, which continually strive to keep pace with criminal innovations. Communications and mobile technology, including smartphones and tablets, play a role in most cases, so emails, hard-drives, mobile phones and other devices each furnish digital points of reference for prosecutors, law enforcement officials and criminal defense attorneys.

Whether it is a result of the stakes being higher today than at other points in history, or simply that modern technology accommodates it, surveillance is a part of daily life for most citizens. Cameras and other monitoring equipment have grown smaller and less obtrusive, and new technologies furnish greater visual clarity than older models. As a result, video surveillance has become so pervasive as to become a social issue, pitting personal liberties against safe and secure societies.

Technology innovations look for solutions beyond conventional wisdom, so not every tech-inspired crime detection effort is going to pay big dividends. Gunshot alert systems are deployed in many major cities, with mixed results. The sound-sensing devices are placed in high crime areas, where they relay information to police officers in real time – including notifications of gunshots detected within the sensors’ range. While the systems have helped solve crimes, detractors say the devices are not worth their expense, because residents are quick to report gunshots on their own – making the sensors obsolete.

To a certain extent, crime detection technology mirrors trends among citizens. Tablets and other mobile devices, for example, dominate information technology on the streets, so it is only natural that law enforcement personnel use mobile technology to detect and solve crimes. Tablets furnish efficient tools, enabling officers to take tasks mobile, which were once performed at the station or in squad cars. As a result, officers spend more time policing and less time hidden-away completing paperwork. Mobile devices also furnish access to materials like state crime databases and other investigative resources, streamlining crime detection and enforcement. Technology and innovation are at the heart of effective crime detection; especially in the rapidly changing electronic age. Information technology plays a particularly important role in policing, so law enforcement agencies use state-of-the-art surveillance, digital forensics, and predictive policing to stay one step ahead of criminals.

Author: Daphne Holmes contributed this guest post. She is a writer from ArrestRecords.com and you can reach her at daphneholmes9@gmail.com.