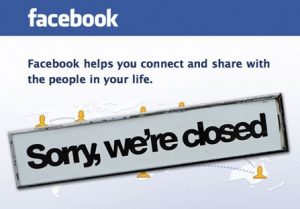 No matter that it’s only the second week of the new year, it seems that Facebook has already been involved to a new hoax. It says that Facebook will be closed in the middle of March because it has too many members. Of course, it also explains how people can continue using this social network and prevent the elimination of their accounts. According to a fake message, they should repost it to 15 other people and prove that they are active Facebook users. If you are interested in Facebook hoaxes, you will know that it’s just another trickery used to involve people into clickjacking.

Dear Facebook members, Facebook is supposed to be closing down March 15th because it is becoming very overpopulated. There have been many members complaining that Facebook is becoming very slow. Records show that there are many active Facebook members and also many new members. We will be sending this message around to see if members are active or not. If you are active please send to 15 other users using copy+paste to show that you are still active. Those who do not send this message within 2 weeks will be deleted without hesitation to make more space. Send this message to all of your friends to show that you are still active and you will not be deleted. Founder of Facebook. Remember to send this to 15 other people so your account wont be deleted.

Remember that its just the annual fake notification that tries to scare Facebook fans about its shutdown. In reality, such hoaxes seek to generate traffic, which is especially valuable for scammers. In order to avoid getting into such trap, try to take time and consider if you really think it’s a true notification, which has to be spread around. If you were tricked by this message, scan your computer with updated anti-spyware to make sure that your computer is free of viruses.

Your opinion regarding Beware! Facebook won’t be closed in March, it’s just a hoax! Cancel reply