If users can be easily tricked into purchasing useless and even malicious software by simply seeing fake messages, then what’s about terrifying advertisements stating that the government, police, FBI or _insert here what you fear most_ is watching you and investigating your “illegal” Internet activities in order to put you in jail? Would you believe in all that crap?

Of course you say “no”, but are you sure you won’t get nervous after seeing ads like the following? 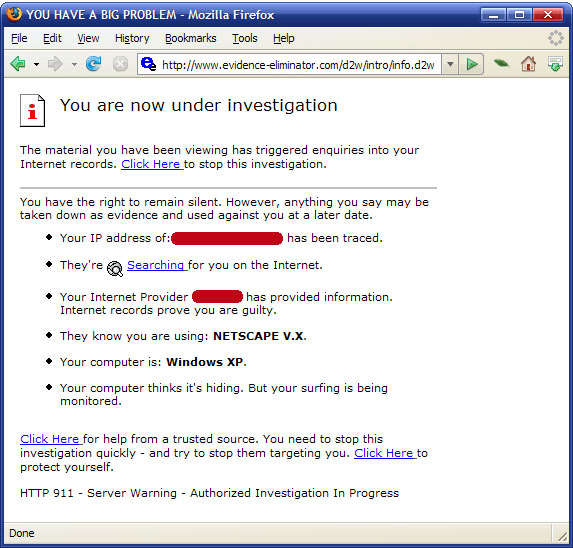 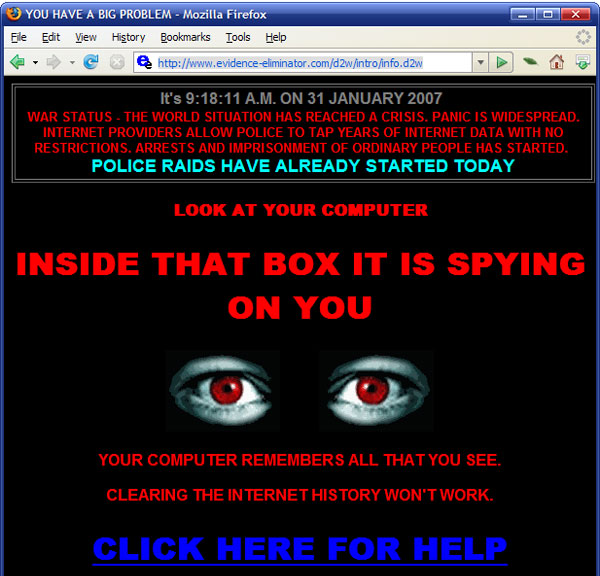 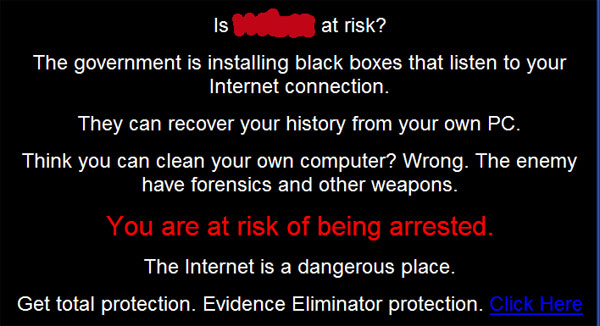 These are incredibly misleading ads hosted on the official web site of Evidence Eliminator, some kind of track erasing and data destroying program. I’m not sure whether it’s corrupt or not. I didn’t test it. And I never will. It’s not in my rules to get into a panic right after seeing some scary ads made by people who can be described as mental patients living in parallel world where you can get arrested for doing nothing.

Products advertised this way should not be used at all.