Trojan.win32.dss is a Trojan horse which redirects users to adult-only sites 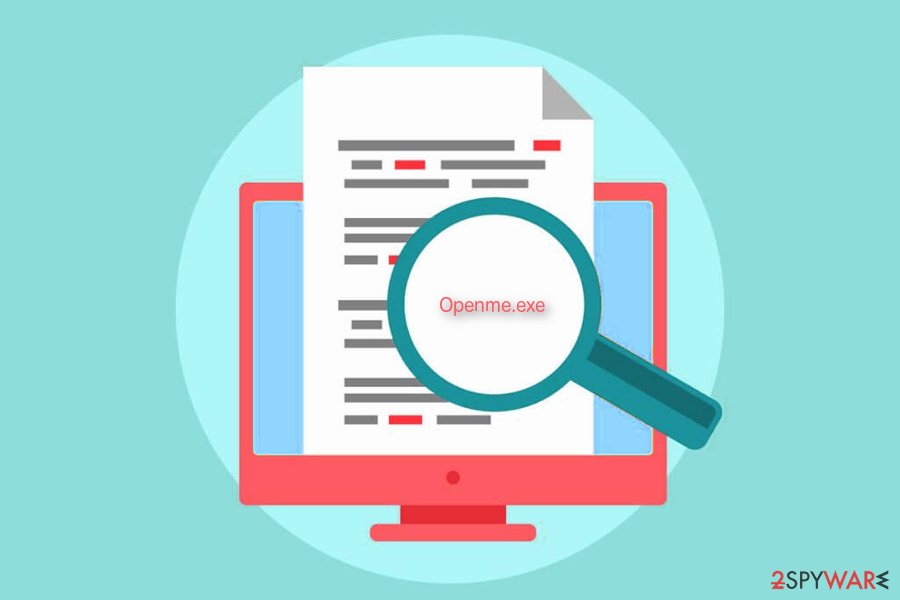 Trojan.win32.dss is a Trojan horse which causes unwanted redirects to adult-only sites.

Trojan.win32.dss is a Trojan infection which is designed to create a hidden Internet Explorer window and redirect computer users to the website with adult-only content. According to the experts, this program enters the system via Openme.exe file in the spam email and downloads a phone dialer app which might be used to cause financial losses.

Once Trojan.win32.dss is installed, it inserts a small Web page with the code. IT professionals note that it is programmed to wait for a pre-set period of time before it opens a new Web page with a link to an adult site. Likewise, this Trojan horse is primarily designed to perform advertising activities and promote suspicious websites.

Even though it might not look exceptionally harmful, Trojan.win32.dss redirect tendency might increase the risk of more malware infections. It is because such untrustworthy sites contain potentially dangerous ads, promotions, and other commercial content. If clicked, it can activate an automatic installation of the malicious program and other cyber threats.

Furthermore, the analysis showed that the last website to which the user is redirected downloads a phone dialer application. Likewise, experts warn that this unreliable program might be able to open backdoors[1] for other dangerous viruses. For this reason, you must remove Trojan.win32.dss as quickly as possible.

Employ Reimage Reimage Cleaner Intego for Trojan.win32.dss removal. It will help you with the elimination and speed up the process. We advise you not to try to uninstall this program on your own as you might delete essential system files and damage your computer. Thus, you should rely on automatic removal with a professional antivirus. 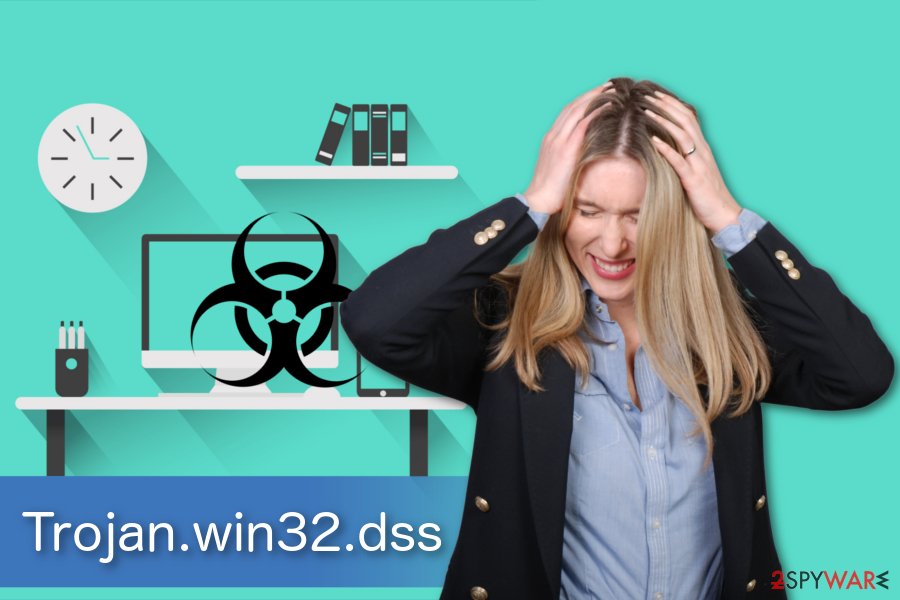 The Trojan virus enters the system through a malicious email attachment

As with most cyber threats, this one also spreads inside the attachments of spam emails. Experts note that the letters contain Openme.exe file with the Trojan virus. Thus, users should carefully monitor their online activity and NEVER open suspicious executable files or untrustworthy email attachments[2].

Keep in mind that criminals might try to lure you into opening the email by legitimate-looking design. In other terms, the letter might use a well-known company's name and pretend to send the following documents:

However, if you have any doubts about the legitimacy of the email, contact the retailer or company directly and ask for verification. Otherwise, you can simply delete the letter without opening any attachments and mark it as spam or even report it for future safety.

Learn how to protect your PC and uninstall Trojan.win32.dss virus

Trojan horses are sophisticated cyber threats which can hide their presence. Likewise, it is hard to identify all components of the malicious program. Although, IT professionals[3] say that it is necessary for complete Trojan.win32.dss removal.

For this reason, we suggest installing a reputable antivirus to detect all of its elements and remove Trojan.win32.dss entirely. Our top choices are Reimage Reimage Cleaner Intego, SpyHunter 5Combo Cleaner, and Malwarebytes.

First Trojan.win32.dss removal step is to boot your computer into Safe Mode with Networking:

Alternatively, you can reboot the PC to Safe Mode with Command Prompt.

Finally, you should always think about the protection of crypto-ransomwares. In order to protect your computer from Trojan.win32.dss and other ransomwares, use a reputable anti-spyware, such as Reimage Reimage Cleaner Intego, SpyHunter 5Combo Cleaner or Malwarebytes

Your opinion regarding Trojan.win32.dss Cancel reply

You can quickly scan the QR code with your mobile device and have Trojan.win32.dss manual removal instructions right in your pocket.