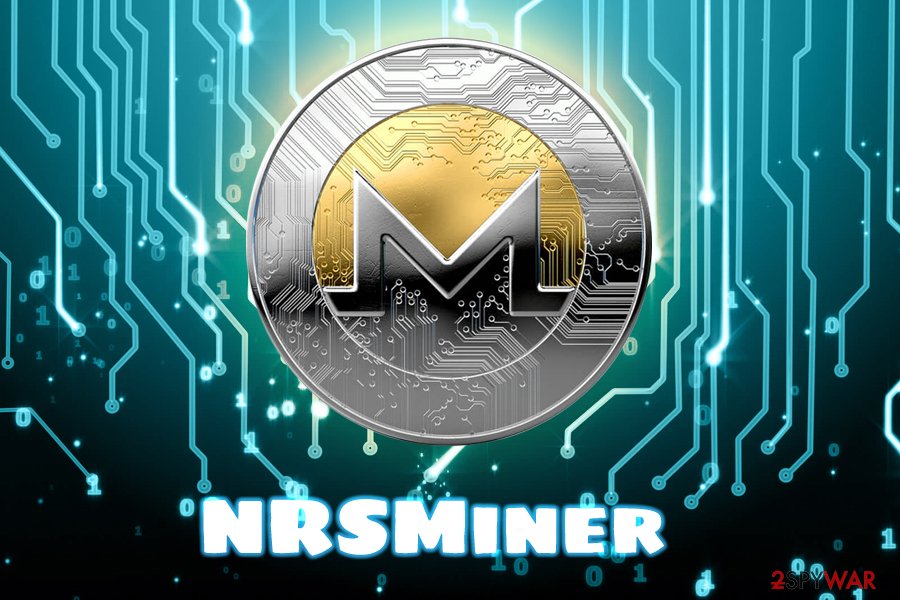 NRSMiner is a cryptojacking malware that uses computer's resources like CPU to mine Monero for cybercriminals. First spotted by security in early January 2019, it was seen attacking Asian countries by utilizing EternalBlue (CVE-2017-0144)[1] – the infamous NSA exploit that was used to propagate WannaCry ransomware globally back in 2017. NRSMiner is closely related to XMRig crypto mining utility, which on itself is legitimate software, although heavily abused by bad actors. It spreads through networks and also can be delivered to companies with the help of unlawful installation by third-parties. The malware modifies system heavily, spawns multiple processes and connects to a remote server to receive constant updates. Currently, NRSMiner is considered one of the most successful cryptojacking attacks that are most likely due to the increase in scale in the future.

Initially, most of the cryptominers are used for legitimate purposes and are not malicious. However, when used by cybercriminals, tools like NRSMiner become an imminent danger to all the infected. Cybersecurity researchers name two main ways how users can get infected with this threat:[2]

If the system is infected with one of the previous variants of the virus, it will contact a specific website to download an update module. Soon after that, it will install the newest version and remove NRSMiner which was located on the system.

Once established, among other actions, NRSMiner will spawn a Snmpstorsrv service that is responsible for multiple different tasks, such as:

If NRSMiner malware is using EternalBlue to propagate, it will also install DoublePulsar backdoor onto the vulnerable system which then downloads and extracts x86.dll or x64.dll modules, depending on the Windows system version.

Users will generally not understand if they are infected with malware unless they notice the high usage of CPU, which might be attributed to something else. Nevertheless, the best way to detect the threat is to perform a full system scan with the help of security software.

After NRSMiner removal, users should use ReimageIntego to make sure that all the system changes are reverted and the computer works normally. 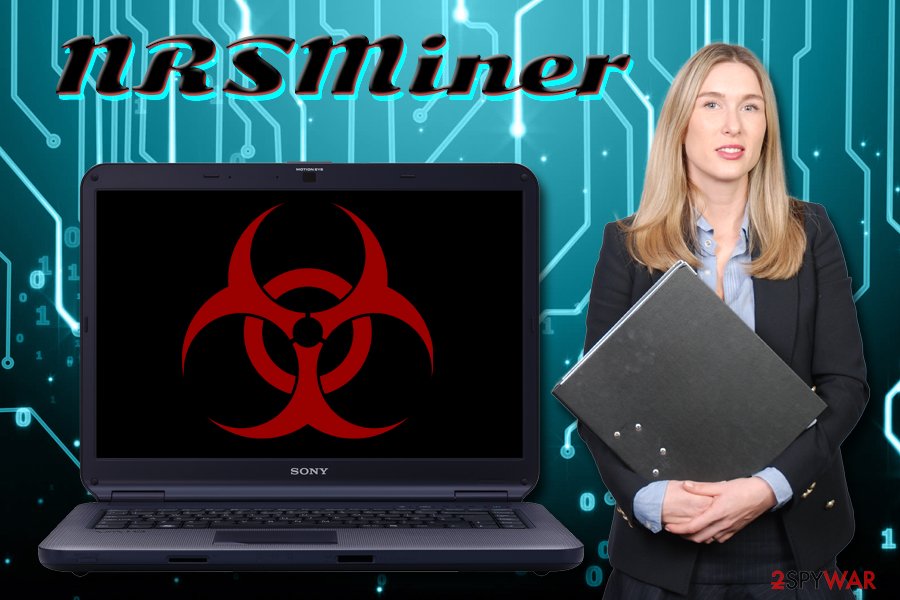 EternalBlue has been patched almost two years ago – update your system

According to researchers, the malware mostly affects Vietnam, Iran, and Malaysia – a total of 83.3% of all infections are coming from these three countries, making it especially dangerous for those in Asia. The most likely reason is due to companies and businesses using outdated systems that are not patched.[3]

Since the threat is spread with the help of EternalBlue, the best way to prevent it is to renew the systems and make sure they are up to date. Security patches are released continuously for Windows, so there is no need to delay the installation. Unfortunately, as we saw from previous examples, users all over the world fail to apply updates on time and get infected with various malware.

Therefore, patch your system immediately. Set your Windows to install updates automatically – you will not have to look for a patch somewhere on the internet. Besides, third-parties can host fake updates, bringing in more malware to your machine.

Eliminate NRSMiner to retrieve the security of your computer

NRSMiner virus is a sophisticated infection that is capable of propagating via the intranet. Therefore, even patched systems might get infected rather quickly. For that reason, experts do not recommend manual NRSMiner removal, as the system modifications the malware produces are excessive.

To remove NRSMiner safely, we suggest you download and install security software that can detect the threat. Be aware that not all databases have the virus included, so scans with a few different AV engines might be needed. To ensure that the malware does not interfere with the security program's operation, you might want to enter Safe Mode with Networking, as explained below.

To remove NRSMiner in a safe environment, enter Safe Mode with networking:

You can also try System Restore to stop the threat:

Finally, you should always think about the protection of crypto-ransomwares. In order to protect your computer from NRSMiner and other ransomwares, use a reputable anti-spyware, such as ReimageIntego, SpyHunter 5Combo Cleaner or Malwarebytes

Your opinion regarding NRSMiner Cancel reply

You can quickly scan the QR code with your mobile device and have NRSMiner manual removal instructions right in your pocket.