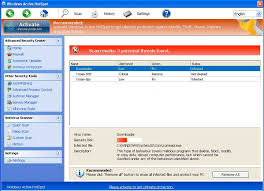 It seems that bad ads will become more and more popular this year and we should be ready to see them on any website. While there is no surprise that insecure websites are showing such ads for their visitors, now we should start looking for them on reputable and trustworthy websites as well. You should be especially careful after the latest report, saying that hackers have already started to place their malicious advertisements on such popular sites as DailyMotion or Yahoo.

According to security experts, those who were tricked into clicking on malicious DailyMotion ads were made to visit a malicious website, which displayed a message from ‘Microsoft Antivirus’. It reported about critical processes that should be cleaned for preventing system damage and offered downloading a trial version of some security application. If you are not familiar with such scams, you might be one of those who believed this malvertising campaign and agreed to download virus.

It seems that scammers have already tricked hundreds of Windows and Mac OS users. The most interesting thing is that they make them install a fake antivirus from a widely-known family of viruses, which is known as FakeVimes. If you are infected by one of these threats, you should waste no time and scan your computer with a reputable anti-malware.