What is known about Serpico ransomware?

Users, residing in Croatia, should be extremely vigilant not to run into Serpico virus. It has been revealed that this cyber threat is a new version of another rampaging DetoxCrypto malware. The latter might be familiar for Pokemon Go gamers since the threat manipulated the image of this game in its malicious cyber campaign. In any case, Serpico removal should not be delayed. At first glance, it may look as less destructive and damaging threat but you should not underestimate it. The ransomware is reported to add no extensions so you might not suspect its invasion for a while. In that case, the time is a significant factor defining how much damage the ransomware will inflict. Therefore, remove Serpico as soon as possible.

While the original predecessor, DetoxCrypto exploited the name of Pokemon Go, the current virus does not deviate much as well. The virus might be named after the movie released in 1973 adapting the real story about the policeman whistleblowing the corrupted police. In addition, the original ransom message is presented in Croatian. So it is likely that it might be the act of a protest against Croatian corrupted police. Therefore, Serpico ransomware demands only for 50 dollars in exchange for the encrypted data.

Certainly, every Internet user should exercise more cautiousness since it is the matter of time when the virus crosses the virtual borders. Regarding this peculiarity, if the virus manages to access highly important data, the majority of victims might not hesitate to transfer the money in the pursuit of recovering the files. However, note that current boom in the ransomware making has become a profitable form of earning money. As a result, the developers might receive millions from credulous users. They are not obliged to recover the files. 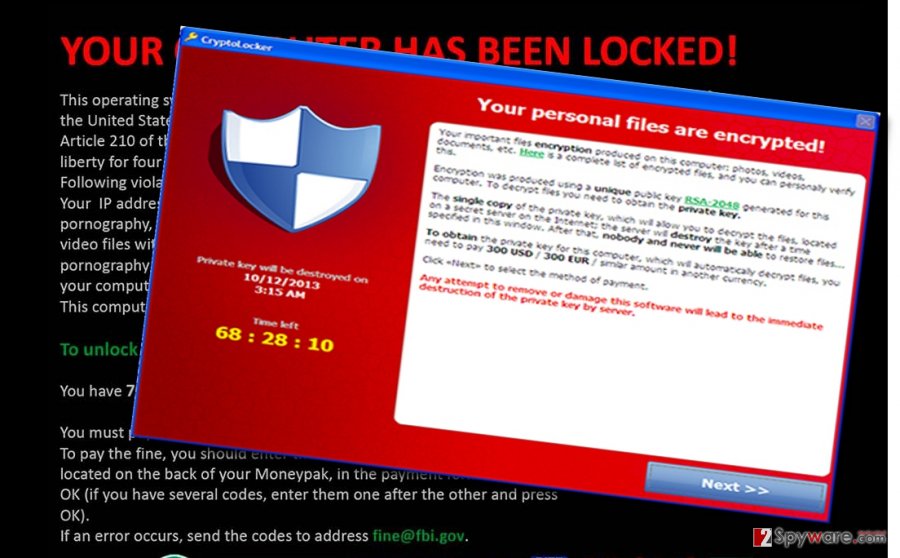 Serpico malware does not modify nor add any specific extensions to the locked files. Thus, the virus might lurk for a while until you realize that some of your files are inaccessible. In addition, due to its feature, it is troublesome to acquire more information about the operation of this virus. When the time comes, the virus warns of its presence by opening up the file with the instructions. It indicates motox2016@mail2tor.com for contacting the hackers. Needless to say, you should restrain from getting in touch with the cyber criminal. Do not contact them so that not to facilitate the probability of further Serpico hijack.

When does the virus break into the computer?

The malware attempts to infect computers via P2P file sharing domains, spam emails or even trojans. The latter method is especially destructive since only a powerful anti-spyware program, e.g. Reimage Reimage Cleaner Intego, is able to block the attack of this insidious and shape-shifting file. It is able to pass itself as legitimate files so outdated software might overlook such malware. Concerning spam emails, you should be vigilant not to open seemingly official message received from governmental institutions or companies. Tax refund declarations, delivery reports, or telecommunication invoices happen to the most popular bait. These attachments contain the malignant file. Once it is enveloped, the ransomware starts its misdeed and stopping it becomes almost an impossible task. For the cautiousness purposes, contact the companies directly to disperse any doubt.

Whether Serpico virus is more complex or possesses less entangling features, you should opt for automatic Serpico removal. An anti-spyware program, for example, Reimage Reimage Cleaner Intego or Malwarebytes, will deal with the threat in no time. Nonetheless, it does not decode the files. You might try using free decrypters created for other viruses while IT experts come up with the decrypter specifically designed for this cyber threat. Lastly, if you encounter problems and cannot properly remove Serpico because an anti-virus application is shut down or the computer screen is completely blocked, do not panic ad use the access recovery guidelines indicated below.

Finally, you should always think about the protection of crypto-ransomwares. In order to protect your computer from Serpico and other ransomwares, use a reputable anti-spyware, such as Reimage Reimage Cleaner Intego, SpyHunter 5Combo Cleaner or Malwarebytes

You can quickly scan the QR code with your mobile device and have Serpico ransomware virus manual removal instructions right in your pocket.