Gebdp3k7bolalnd4.onion virus is detectable as a new version of notorious Onion (alternatively known as .onion file extension virus) ransomware group[1]. After encrypting users files with RSA algorithm, the ransomware opens up its graphic user‘s interface (GUI). There, a victim can choose from two options“ either to view files or proceed to next step. Afterward, he or she will be instructed to access Tor website and transfer an indicated number of bitcoins. Speaking of the current version, the malware is known to append several versions file extensions: .onion._, .onion.to._ ext. js, and gebdp3k7bolalnd4.onion._. Interestingly, that the current version does not require using Tor, a browser which grants an ability to surf the web anonymously. Despite how alerting this malware might seem, do not consider paying the ransom but instead proceed to Gebdp3k7bolalnd4.onion removal. For that purpose, you may use Reimage Reimage Cleaner Intego or Malwarebytes. 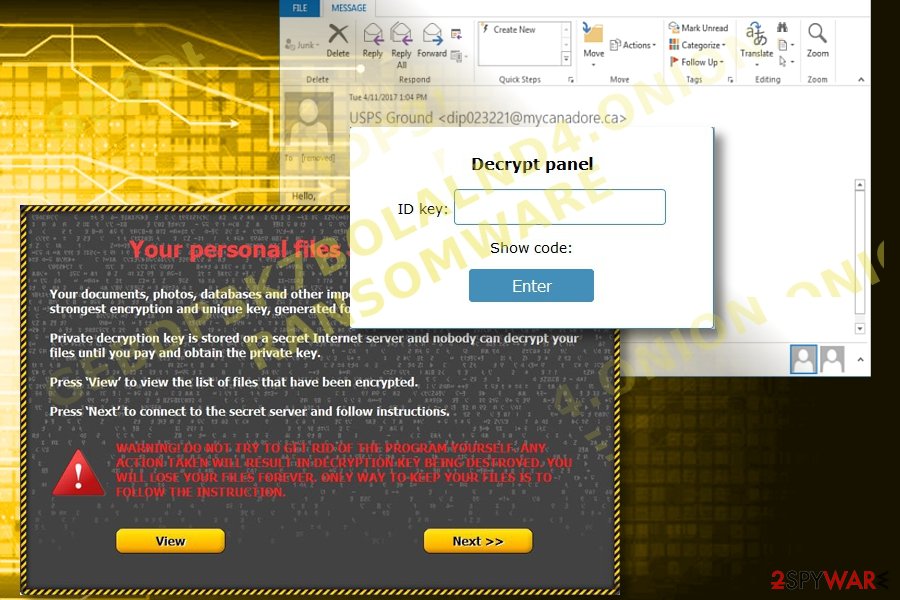 Once the encryption process is finished, the malware opens up the GUI and .html file where the malware informs users that the files have been encrypted. Furthermore, victims are encouraged to purchase specific decryption software — Gebdp3k7bolalnd4.onion Decrypter. Though it is identified as Cry128 as well, but the decrypter designed for the original version might not work. Note that even if it succeeds in deciphering your files, you might create more chances for future infiltration by the malware. Thus, there is no guarantee that the program functions properly and it will decrypt files completely. Later on, it suggests accessing three .onion websites to remit the payment. Since these domains grant anonymity, there is no source code on the website to track the perpetrators. Interestingly, victims do not need to download and install Tor browser. Additionally, all of encrypted files are by 36 bytes bigger than the original data. This peculiarity might be one of the hints to craft a decryption key. In any case, it is not recommended to meddle with this malware but remove Gebdp3k7bolalnd4.onion right away.

Methods to distribute the malware

There are mainly three methods to get infected with this malware. Fraudsters prefer disguising their malware under the veil of a fake invoice, tax refund message or undelivered email. Thus, one reckless action might lead to getting infected with the malware. If you receive such email, ignore it and scan the device with malware elimination software. The latter also come in handy warding off trojans which carry out Gebdp3k7bolalnd4.onion hijack. You should be also cautious while adding new browser extensions or reviewing Google Docs invitations received from your friends[2]. Note that downloading a legitimate application does not alway limit the risk of downloading malicious version. Since the payment website still functions, it might suggest that the malware is still active. Stay cautious and manage your security applications. 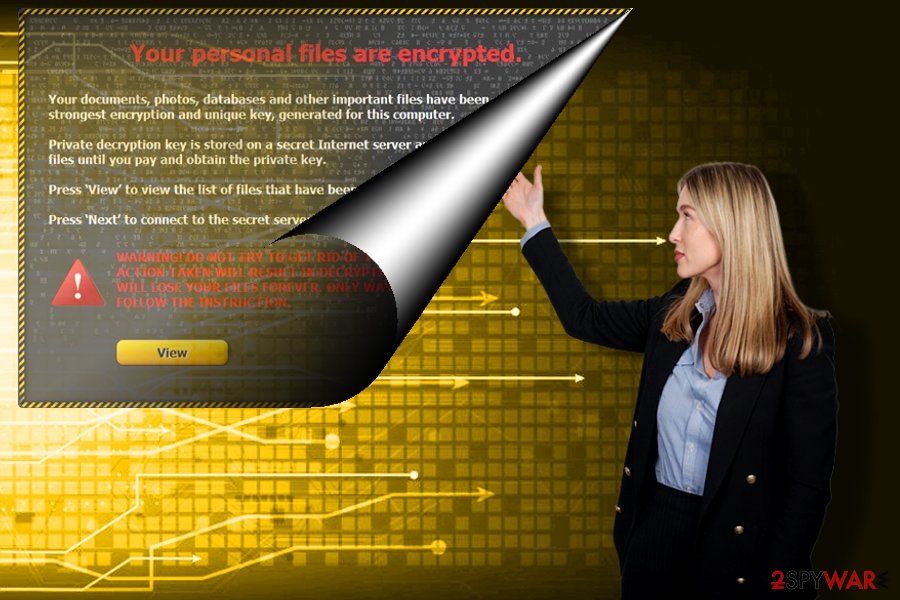 Gebdp3k7bolalnd4.onion triggers assumption that it is related to Onion and Cry128 ransomware. However, further analysis will confirm or deny these assumptions.

The fastest way to get rid of this malware is to launch anti-malware security application. Gebdp3k7bolalnd4.onion removal should not take too long. If the ransomware modified registry files and your PC crashes before even opening an anti-spyware or another security app, follow the below-displayed instructions. Hardly you will be able to remove Gebdp3k7bolalnd4.onion virus manually, since this ransomware roots in the PC. Thus, an automatic method might be a better option.

System Restore might serve to the purpose of regaining access to the computer. Note that this method does not decrypt files but only enables you to launch certain Windows functions. Then, you should be able to eradicate Gebdp3k7bolalnd4.onion ransomware.

Guide which is presented above is supposed to help you remove Gebdp3k7bolalnd4.onion from your computer. To recover your encrypted files, we recommend using a detailed guide prepared by 2-spyware.com security experts.

If your files are encrypted by Gebdp3k7bolalnd4.onion, you can use several methods to restore them:

Is it worth using Data Recovery Pro?

You may succeed in retrieving some files and deleted email messages. However, only official decrypter can give 100% guarantee of data recovery.

It uses shadow volume copies for data recovery. Give it a try.

Avoid installing the one promoted by the hackers. Try decrypting files with Cry128 Decrypter.

Finally, you should always think about the protection of crypto-ransomwares. In order to protect your computer from Gebdp3k7bolalnd4.onion and other ransomwares, use a reputable anti-spyware, such as Reimage Reimage Cleaner Intego, SpyHunter 5Combo Cleaner or Malwarebytes

You can quickly scan the QR code with your mobile device and have Gebdp3k7bolalnd4.onion ransomware virus manual removal instructions right in your pocket.