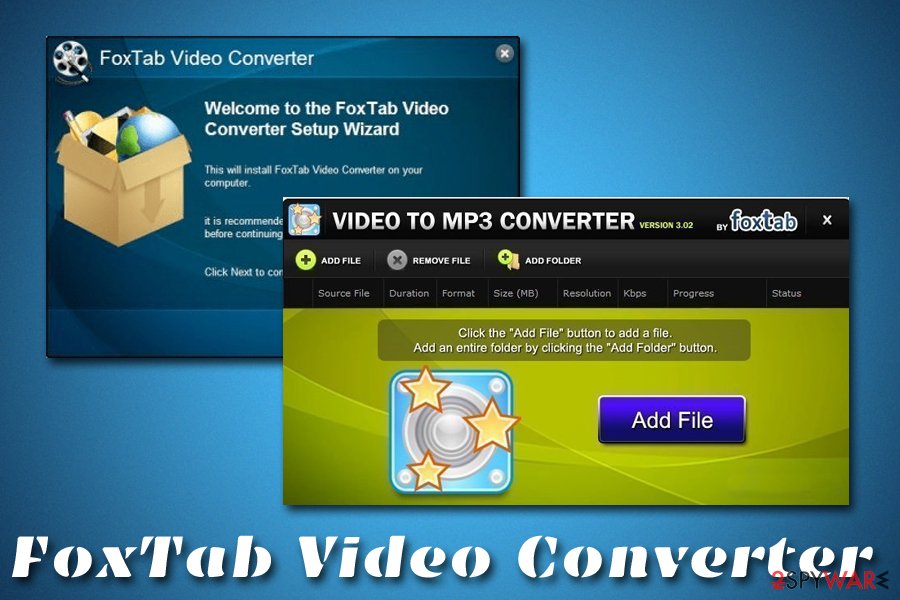 FoxTab Video Converter is a freeware application that is meant to help users convert video files from one format to another. The purpose of such action is relatively simple: some websites do not accept certain file formats, so users start looking for methods to convert video files in order to upload them.

So that is where applications like FoxTab Video Converter comes into play. Users might indeed download the app intentionally while seeking its functionality, however, it is also actively distributed on third-party sites and bundled software packages.

As soon as FoxTab Video Converter enters the computer, it might change the default search engine, homepage and new tab address on Google Chrome, Internet Explorer, Mozilla Firefox, and other browsers. Additionally, it can also display intrusive ads during web browsing sessions. Because of these features, the application is recognized as a potentially unwanted program by security experts[1] and marked as PUP.FoxTab VideoConverter by some anti-malware engines.

According to findings[2], FoxTab Video Converter might not even fulfill its primary function, and often crash or fail to convert the desired file. The reason for this is most likely due to poor development of the program – many bugs can occur. However, it should not come as a surprise, as potentially unwanted programs often fail to deliver promised functionality because they intend to monetize of advertisement that the FoxTab Video Converter virus brings.

Another pesky feature of the adware[3] application is that users claimed that they struggled with FoxTab Video Converter removal. Quite often, the uninstallation executable is missing, and the program is not showing within the installed application list. This is done to complicate its termination and increase money received from ads.

Additionally, because FoxTab Video Converter is an adware program, it might be secretly recording all sorts of information about you. For example:

All this data is extremely useful for online advertising schemes. The aggregated data might be sold to third parties, and you will see ads that are more relevant to your likes. However, be aware that third-parties are not always secure, so visiting sites promoted by FoxTab Video Converter is not always safe. 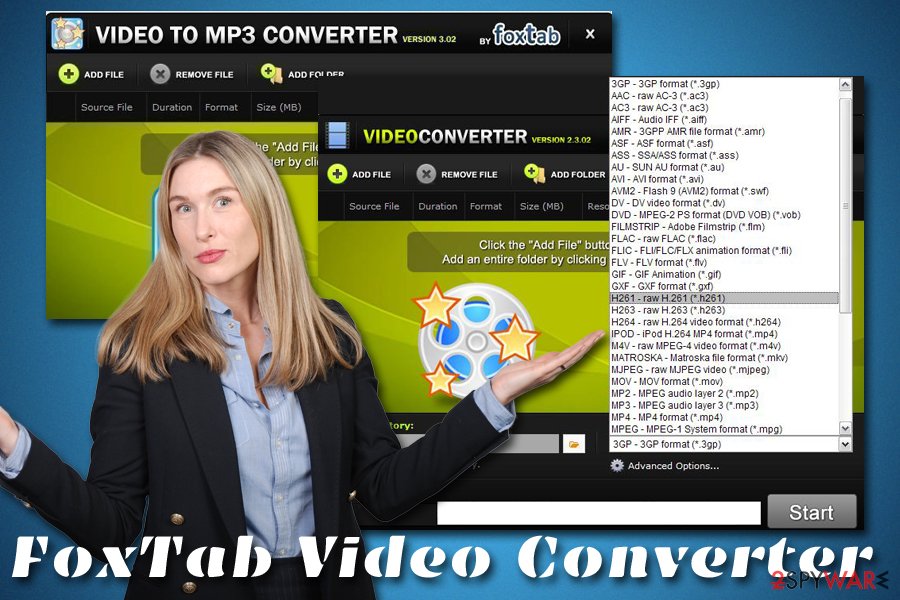 To conclude, you should not use the FoxTab Video Converter, as it might completely fail to deliver the video conversion feature. Besides, if the app appeared on your computer out of nowhere, you should not try using it and proceed with FoxTab Video Converter removal steps we provide below. If you can't eliminate the PUP manually, you should scan your computer with security software that will terminate all the unwanted components automatically. Besides, we also recommend Reimage Reimage Cleaner Intego to fix any issues that may arise after eliminated of the unwanted app.

The most common potentially unwanted software distribution method is software bundling. Freeware developers have used this deceptive marketing technique for years, and it is astonishingly effective. Thousands of applications are installed on user computers without their consent every day as they are not prone to pay attention to the installation process of new apps downloaded from the internet.

Therefore, you should be aware of the tricks that freeware developers employ. For example:

Therefore, pay close attention to what you click on during the installation of free software. Be aware that even the popular sites like Download.com, Softonic, and many others bundle software – so do not put your guard down. No matter what you do, never opt for Recommended/Quick settings, as these most certainly bring in PUPs into your computer. 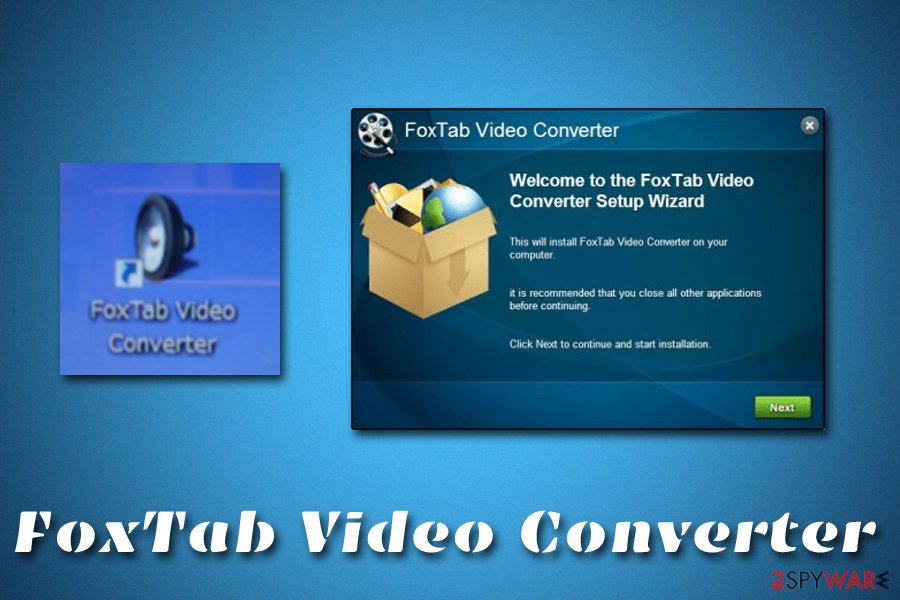 FoxTab Video Converter can be installed intentionally, although most of the users find the program after the installation of freeware

Remove the useless FoxTab Video Converter from your computer

Looking for free programs online might be a real pain, as there are so many to choose from. Unfortunately, some applications are just good for nothing, as they spam user browsers with countless ads and fail to deliver their primary functions. Experts believe that FoxTab Video Converter removal is the best option for all users, no matter if the app was downloaded intentionally or not.

However, as mentioned previously, some users might find it challenging to remove FoxTab Video Converter, as the application does not show up in the installed program list. If that is the case, the best option would be installing anti-malware software and performing a full system scan. In such a way, you could delete all the traces of the app without any troubles. However, in case you want to try to eliminate FoxTab Video Converter manually, we provide the instructions below. Note that you should also reset your web browsers if the PUP changed their settings.

If you can find the entry of FoxTab Video Converter via the Control Panel, proceed with its termination:

Once these steps are finished, FoxTab Video Converter should be removed from your Microsoft Edge browser.

Get rid of FoxTab Video Converter from Mozilla Firefox (FF)

Refresh Mozilla Firefox in case the PUP changed its settings:

You can quickly scan the QR code with your mobile device and have FoxTab Video Converter manual removal instructions right in your pocket.