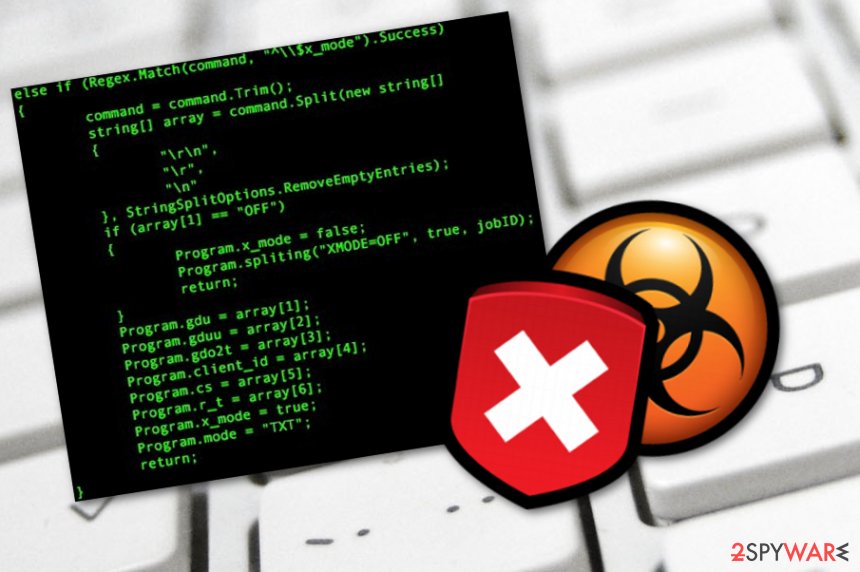 RogueRobin trojan horse[1] is an infamous computer virus which has been developed by a cybercriminal group known as DarkHydrus Advanced Persistent Threat. This backdoor has a wide range of functions which allows it to sneak into the targeted system and perform its malicious activities. According to a news report, RogueRobin virus was already used for worldwide attacking campaigns. It is known that the activity of this malicious trojan depends on VBA macros which let it correctly to install into the targeted system. Furthermore, the virus brings some hazardous files into the system and places them there in order to access the malicious payload. Additionally, the backdoor has a big variety of functions that it performs on the infected PC which we are going to describe and discuss later on.

RogueRobin trojan horse is a dangerous computer infection which can sneak into the system by using stealth techniques, for example, through suspicious email messages, unsafe websites, or infected software packages. Victims are usually tricked and convinced to open an executable where the VBA macros are lying and waiting to be launched.

If the user decides to access these macros, he/she puts the computer and its system into big trouble. After the launch, a malicious text document is installed somewhere in the system. Nevertheless, a file named regsvr.32.exe is launched and installs the RogueRobin trojan horse into the system automatically and lets the cyber threat to start its activity.

Keep in mind that the hazardous payload is written in a hard-understanding programming language known as C#. Furthermore, RogueRobin trojan horse ensures that it is launched successfully by checking the computer's memory and other important features. Also, it uses DNS servers[2] to perform C&C communication and contains an anti-debug code.

You need to remove RogueRobin virus from the system ASAP. The dangerous infection can cause even other problems in the system, for example, overuse your CPU or GPU, damage software and other system components, force your computer to crash, and so on. Use ReimageIntego to detect all malware-laden objects and terminate the threat by automatical technique.

RogueRobin removal is very important as this cyber threat is created to steal personal details from the infected computer. Once launched, the virus collects all sensitive details and valuable information that it finds on the PC. It has been used for these purposes in the past, according to research.[3] Note that such activity might relate in serious identity theft. 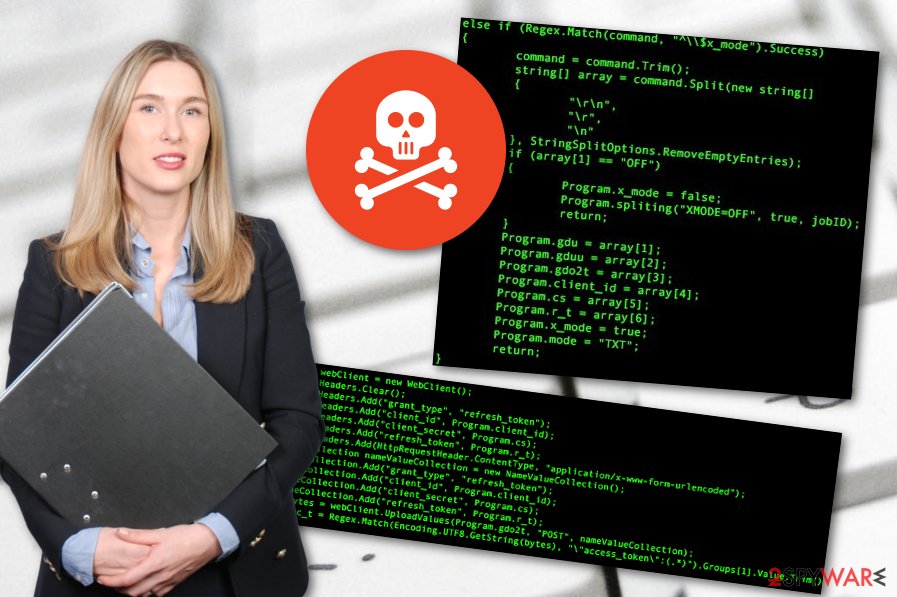 According to technology experts from Virusai.lt,[4] trojan horses use stealth distribution methods to reach its target. Mostly, such malware spreads via executable files which come attached to an email message. If the user decides to click on the file and open it, the hazardous payload is launched straightly into the system and the trojan horse starts installing.

Additionally, some software packages can also come with malware injected inside. Trojan horses can sneakily infect the targeted system through outdated programs and unprotected apps. Avoid this type of activity by paying attention to all of your downloads. Moreover, you can install antivirus protection to keep your system safe from infections automatically.

If the trojan has appeared on your computer and you are wondering how to get rid of the dangerous infection, we can say that the only way is by using reliable computer security software. To remove RogueRobin virus, you need to detect all malware-laden content in the system first as no harmful objects can be left behind. To complete such activity, you can try downloading and installing a tool such as ReimageIntego, SpyHunter 5Combo Cleaner, or Malwarebytes.

RogueRobin removal requires full attention and excellent computing skills. This is why the elimination cannot be carried out by the human himself. Additionally, you need to disable all activities that are performed by the cyber threat. To do this, scroll down a little bit and read all steps which will let you activate the Safe Mode with Networking function or the System Restore feature.

Use Safe Mode with Networking to disable the trojan horse and its activities:

Activate the System Restore feature to get rid of unwanted activities and disable the virus:

Finally, you should always think about the protection of crypto-ransomwares. In order to protect your computer from RogueRobin trojan horse and other ransomwares, use a reputable anti-spyware, such as ReimageIntego, SpyHunter 5Combo Cleaner or Malwarebytes

You can quickly scan the QR code with your mobile device and have RogueRobin trojan horse manual removal instructions right in your pocket.