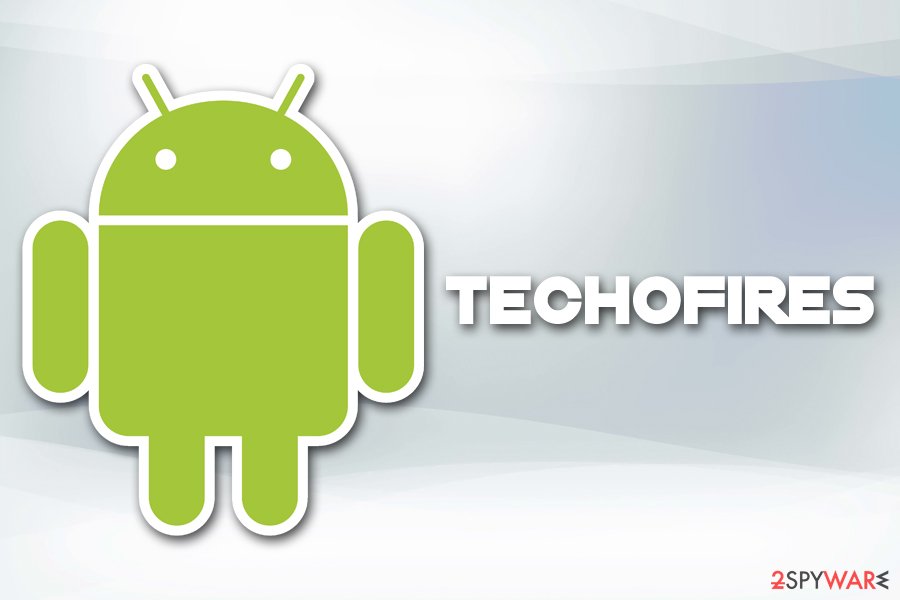 Techofires virus is a term that describes suspicious activities that several users started experiencing on their Android phones in recent months, and it is actually one of the websites that they are being redirected to. It seems like the aggressive ads are triggered by a malicious application installed on the device – the issue is most prevalent on Samsung phones and tablets – and for a reason.

Some users mentioned that they start experiencing redirects to Techofires, Sigonews, itfaclty, Ideapuls, Gohi, and similar suspicious websites, and the activity is not exclusive to a particular browser – it occurs on Google Chrome, Mozilla Firefox, or others. Because the issue is mainly prevalent on Samsung phones, the most likely culprit of redirects is a pre-installed app called Peel Remote (tv.peel.app). Unfortunately, getting rid of it is quite difficult, as it is installed on the device with elevated permissions.

Techofires is extremely deceptive because it usually comes pre-installed on the brand new phone, and are called Adups by security experts.[1] Unfortunately, but such applications typically are not picked by security vendors, although users start facing pop-ups, redirects, banners, deals, and other commercial content on a regular basis, without warning. Therefore, it is often hard to pinpoint what the problem is and why are they being flooded with ads.

To remove Techofires virus, users need to scan their Android devices with anti-malware software, as factory reset would not help the case. As it turns out, Malwarebytes is capable of detecting the pre-installed malicious apps like Peel remote that engages in background activities behind users' backs.

Pre-installed malware on Android devices like Techofires has been a problem for many years now, and new threats are difficult to diagnose, at least without third-party applications that can help analyze the behavior of installed apps. As a result, users simply want the solution to the problem, without knowing the root cause.

The reason for Techofires malware, as well as other malicious pre-installed apps, is the ad revenue that large corporate entities and affiliates receive. In the meantime, users have to struggle with unwanted browser behavior that even prevents the normal operation of the device. 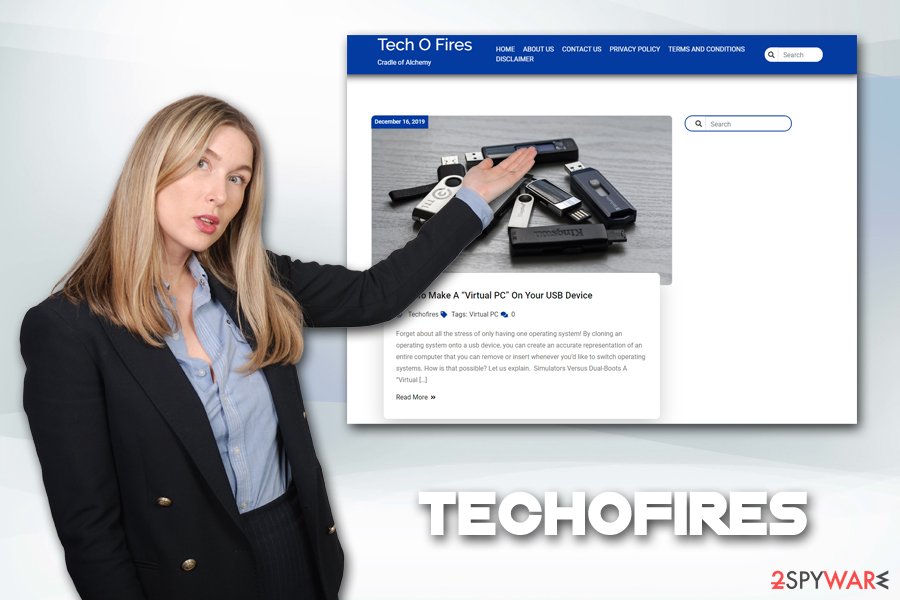 As mentioned above, because the app is installed with elevated permissions, performing a factory reset would not help to achieve a successful Techofires removal. Manual deletion of the malicious app could also be possible, but third-party applications are required for that, and tampering with root files might cause undermanned damage to Android phones.

Therefore, we suggest you scan it with security software immediately. Note that intrusive ads can also be avoided by installing an ad-block application on your phone, or using a web browser that has a built-in ad-blocking feature (such as Opera).

Android malware has been an increasing threat that affects thousands of users, and multiple apps were pulled out of Google Play due to their malicious functionality.[2] While Google is the biggest player in the business, even the tech giant cannot stop all the malware from plaguing its stores. Just imagine, what is going on on third-parties stores?! For that reason, downloading and installing third-party apps from unknown sources is highly discouraged unless you are ensured by industry experts that the app is safe to operate. As a general rule, you should also be careful with apps from Google Play, as even advanced defenses from Google cannot stop them all.

However, what to do to avoid pre-installed, aka installed with system admin privileges? The first advice would be avoiding cheap brands manly coming from China, as these were caught bundling malware several times before. In most of the cases, the malicious software is installed when devices get into mobile phone supply chain distributors.[3] 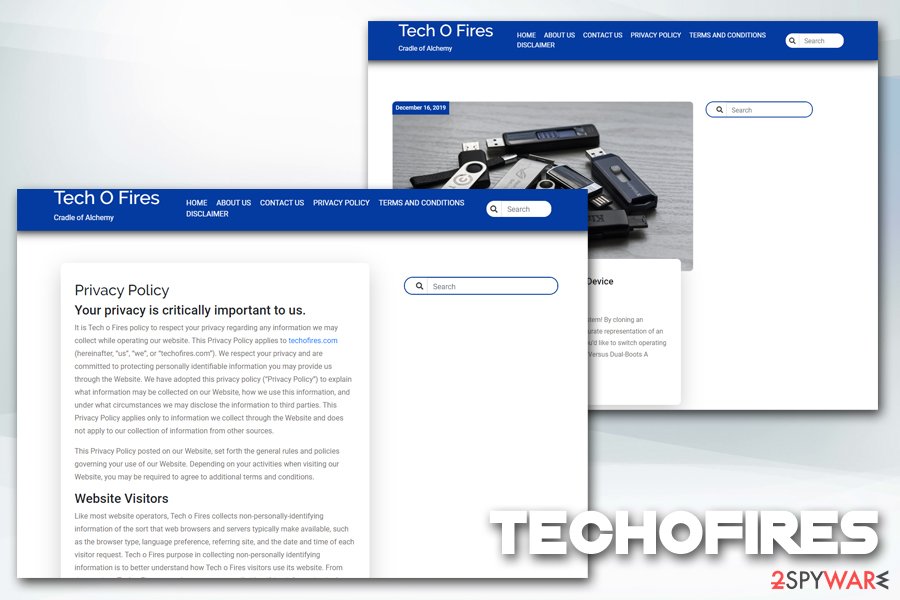 Get rid of Techofires virus

As we previously mentioned, Techofires removal might not be easy, as application that is causing the unwanted activity can vary. Nevertheless, the easiest way to stop the ads and redirects is by installing ad-blocking application. Nevertheless, you should first access your Application Manager and check for the following entry:

If possible disable this APK, and it should remove Techofires unwanted activities. If the action is impossible, you will have to install security program and perform a full system scan. Note that there might be other malicious applications that can cause redirects to Techofires or another suspicious website. In such a case, anti-malware would detect and get rid of these apps.

Get rid of Techofires from Windows systems

Once these steps are finished, Techofires should be removed from your Microsoft Edge browser.

Get rid of Techofires from Safari

Your opinion regarding Techofires Cancel reply

You can quickly scan the QR code with your mobile device and have Techofires manual removal instructions right in your pocket.