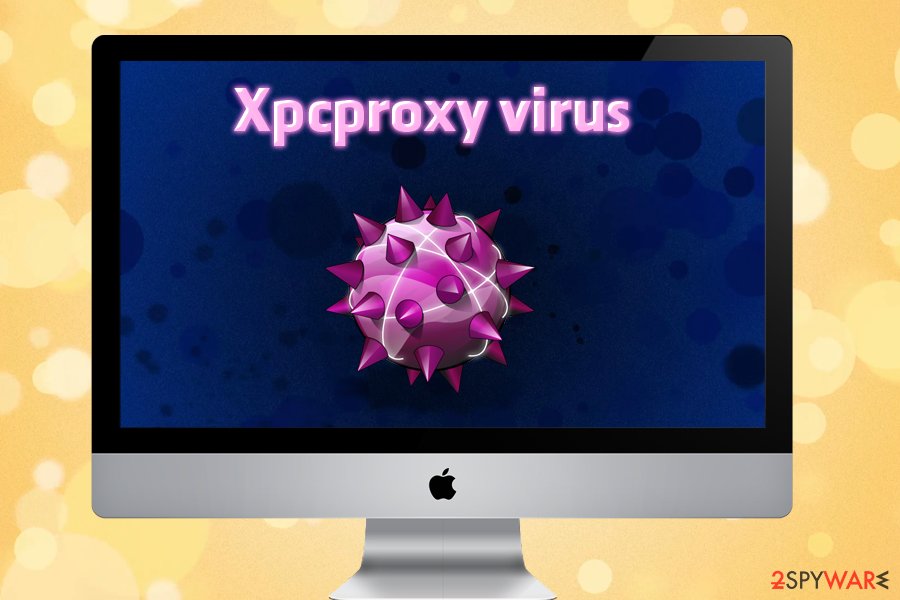 Xpcproxy is a legitimate Mac OS X service that is used for communications between apps. However, malware can be involved in this process

Xpcproxy is a part of the Mac operating system that helps to configure the execution environment for XPC services. It supports the proper application communication. Nevertheless, many users complained that the process is “eating” a lot of bandwidth and slowing down the connection speed. In some cases, the issue can be resolved by merely resetting network settings, while in other instances the Xpcproxy might be related to a malicious parasite called Wirelurker – a Mac OS X malware that infected 350,000 Chinese users back in 2014.[1]

The Xpcproxy virus can be downloaded from third-party websites that host pirated applications for Mac OS X or iOS. Therefore, it is vital to stay away from questionable sites and only download apps from the official App Store. Additionally, users can get infected when they connect a compromised iOS device to the Mac OS X computer. To prevent that, users should avoid connecting unknown devices to their machines.

Once infiltrated, the Xpcproxy virus creates several temporary files and can infect other installed applications. While noticing the malware is rather difficult, users can detect it by using comprehensive security software to remove Xpcproxy parasite from their Mac OS X or iOS.

The compromised machine then can download updates to the malware, detect the connected USB devices, infect them and spread to other iOS applications. Unfortunately, without scanning the device users will never know that their machine is compromised.

The main danger of Xpcproxy virus is that it is capable to steal a large amount of personal information, such as:

This data might be used for a wide array of purposes, including fraud and money stealing. Therefore, unless Xpcproxy removal is executed, virtual safety is at high risk. To get rid of malware, scan your device with reputable security software immediately. As soon as that is complete, use Reimage Reimage Cleaner Intego to fix the damage done. 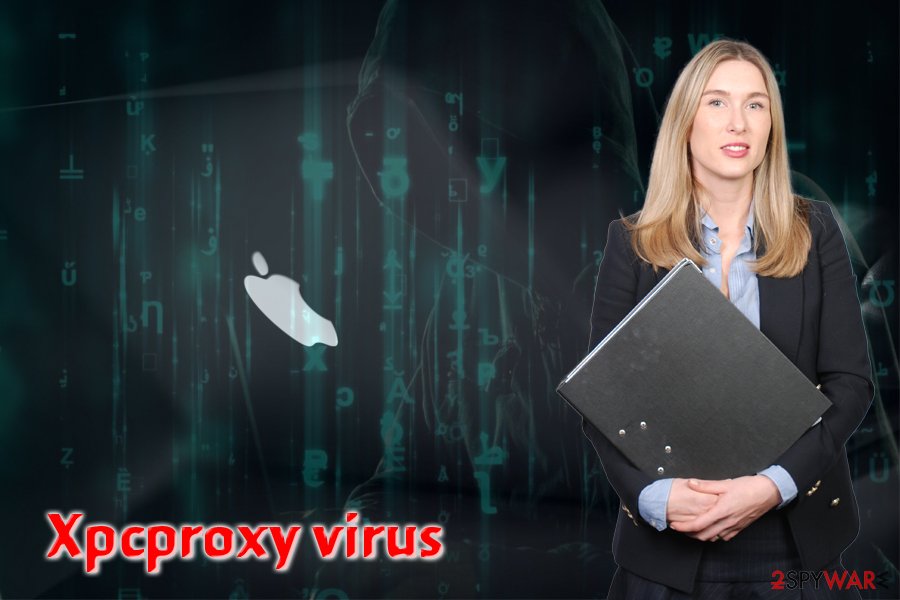 Apple store is a legitimate source of a variety of applications (as of 2018, it stores over 2 million apps).[2] Thus, there is plenty to choose from. However, some users prefer downloading hacked applications from unknown websites that might be compromised. Furthermore, security experts[3] recommend using caution even when downloading apps from the official store because spying programs have been found there as well.[4]

It is also equally as important avoid clicking on pop-up ads that look suspicious, and take caution when installing new applications to bypass PUPs that may be bundled with shareware or freeware. Potentially unwanted programs can also be a source of malware infections, as they can link users to questionable websites.

Malware infection can be sneaky and do not display any symptoms. In such a case, it might be almost impossible to determine whether or not the machine is infected. Therefore, if you noticed a slowdown of the Mac OS X or iOS, it is advisable to scan it with reputable anti-virus software. The security software is capable of performing the full Xpcproxy removal. As soon as that is complete, please use Reimage Reimage Cleaner Intego to make sure that all the traces of the virus are gone.

Reminder: you do NOT need to remove Xpcproxy if your device is not infected, as it is a legitimate process and a part of Mac OS system. We are calling it Xpcproxy virus only because it can be related to a variety of infections, including Wirelurker.

Your opinion regarding Xpcproxy Cancel reply

You can quickly scan the QR code with your mobile device and have Xpcproxy manual removal instructions right in your pocket.