A dialer (fraudulent version) is a program that uses computer’s modem to establish a dialup connection over the Internet and make the money from calls. A connection is made by dialing a predetermined phone number and connecting to an international or premium rate local phone numbers. Dialers are capable of making an unauthorized connection and bypassing the local Internet service provider. After performing these activities, victims lose the money by receiving increased phone bills.

The most of dialers are malicious programs that work in the same manner as regular computer viruses. Therefore, they change system’s essential dialup and networking settings without user’s consent and approval. A typical dialer runs on every computer startup and attempts to hide its presence on the system. A parasite doesn’t affect computer’s performance and doesn’t leave any clues like unexpected advertisements or third-party toolbars, so its activity can hardly be easily noticed. Users of broadband lines, such as DSL, LAN or similar, cannot be affected because their computers have no modems installed.

Some dialers are legitimate applications developed by Internet service providers and certain companies. Their task is to ease the process of setting up an Internet connection or to perform marketing campaigns of third parties. Such parties provide their users with the license agreement and inform them about the installation of a dialer. Nevertheless, such programs are quite rare.

Infiltration techniques that are used by dialiers

Although the most dialers are very similar to regular viruses, their distribution methods are quite different. They do not spread like other types of malware. In most of the cases, people have to install them on the system as any other software. This can be done either with or without user’s content. More information about the major distributors that have been used for the unnoticed installation of dialer parasites is provided below.

The most popular examples of dialers

There are lots of different dialers that are considered malicious. The following examples illustrate their behavior on the affected PC system.

661-748-0240 offers access to the Internet via high-cost telephone numbers. It redirects a web browser to certain Internet resources and changes default home page without asking for user permission. This dialer can be secretly installed while visiting some unsafe web sites. The parasite alters the registry, so the threat runs on every Windows startup, and creates a desktop shortcut named Click Me!!!. Most dialers are quite similar to this example and do not pose any threat to the system, but severely violate the privacy of the user.

Trojan.Dialer.yz connects its victim’s computer to the Internet through expensive phone number. It is capable of accessing a predefined Internet resource on required domain without asking a permission from the user. This threat silently erases the web browser’s cache and history. The parasite gets into the system from some insecure web sites. The dialer complicates its detection and removal and doesn’t have the functional uninstaller.

Trafficadvance is a way more harmful dialer that not only connects a compromised computer to the Internet using a premium rate phone number, but also terminates some running applications and steals system information. Once executed, it modifies the Windows registry to register itself as a primary Internet connection service. This means that all further Internet connections will be made through expensive phone number instead of local lnternet service provider’s default one. Such activity results in receiving enormous phone bills.

Removing dialer from the PC system

As it was said above, the most of dialers work in the same manner as the computer viruses and, therefore, can be found and removed with the help of reliable anti-spyware program. We can recommend ReimageIntego or SpyHunter 5Combo Cleaner that have showed great results when removing dialer from the system.

Beware that in some cases even the most antivirus or spyware remover can fail to get rid of a particular dialer. That is why there are Internet resources such as 2-Spyware.com, which provide manual malware removal instructions. These instructions allow the user to manually delete all the files, directories, registry entries and other objects that belong to a parasite. However, manual removal requires fair system knowledge and therefore can be a quite difficult and tedious task for novices.

Latest dialers added to the database 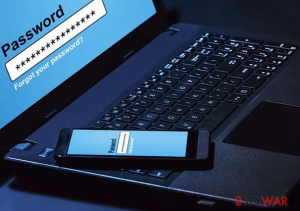 Trafficadvance is a dialer that connects a compromised computer to the Internet by dialing a high-cost phone number using a modem.
Dialers Viruses   April 26, 2021