Malware removal tools are computer security programs, which can be used for removing specific viruses. While programs that can be found in this section cannot protect the system from the infiltration of malicious software, they can detect and remove viruses that are already hiding in it. Usually, such tools are needed when anti-virus or anti-spyware program is not capable of finding a virus on a computer.

Why does an anti-virus or anti-spyware software fail to detect malware?

Cases when anti-virus software or anti-spyware fails to detect a virus are quite rare. However, it can happen because of the following reasons:

What is the difference between Malware removal tools and anti-spyware programs?

The difference between Malware removal tools and regular anti-spyware or anti-virus programs is that they are not designed for system’s protection. As we have already mentioned, such programs are not capable of protecting a computer from the infiltration of malware or helping people to prevent the loss of their personal information. They can only eliminate specific viruses that they are designed for and finish their work after that. According to PC security experts, such tools can easily work in conjunction with anti-spyware and similar security software. The most of them are quite simple and lightweight utilities.

Adware Removal Tool is a reliable application, which is dedicated for the removal of adware-type programs. Adware, browser hijackers, and similar PUPs have become very popular recently. They can be installed without users’ awareness and then initiate various unwanted activities behind their back. Also, you can find serious problems when trying to remove such viruses from your computer because they have been relying on aggressive methods used for preventing the elimination of adware. Adware Removal Tool is a program, which was developed to deal with such parasites. It is free to use a program, which has earned great reviews on the Internet.

AdwareMedic is another tool, which is recommended for people suffering from adware-type programs and similar viruses. If you ended up with such PUP on your computer, you should think about installing Adware Medic. After checking the system, it will show the location of unwanted files and will remove them for you. Detecting unwanted files is the hardest work when trying to fix the system after the infiltration of adware.

We can approve that all tools from this category are legitimate and work when they are used according to their purpose. They cannot compromise your computer and data, which is stored on it. 2 Spyware research team checks each of these Malware removal tools carefully before giving people know about it. However, if you need a full-scale spyware removal program, which could help you with the prevention of malware, take a look at Anti-Spyware category. It contains the list of all known and the most reliable anti-spyware programs. If kept up-to-date, they can not only eliminate the most dangerous parasites from your computer but can also block their installations. This is the safest way to browse the Internet and download files on your computer. 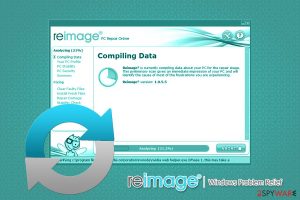 Reimage Repair is a legitimate and recommended software for users in 2021.
Parasite removal tools Software   November 19, 2021 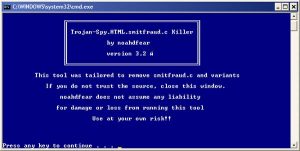 AdwareMedic is a unique tool, which was designed to help people uninstall all known adware and other stubborn software.
Parasite removal tools Software   March 13, 2015