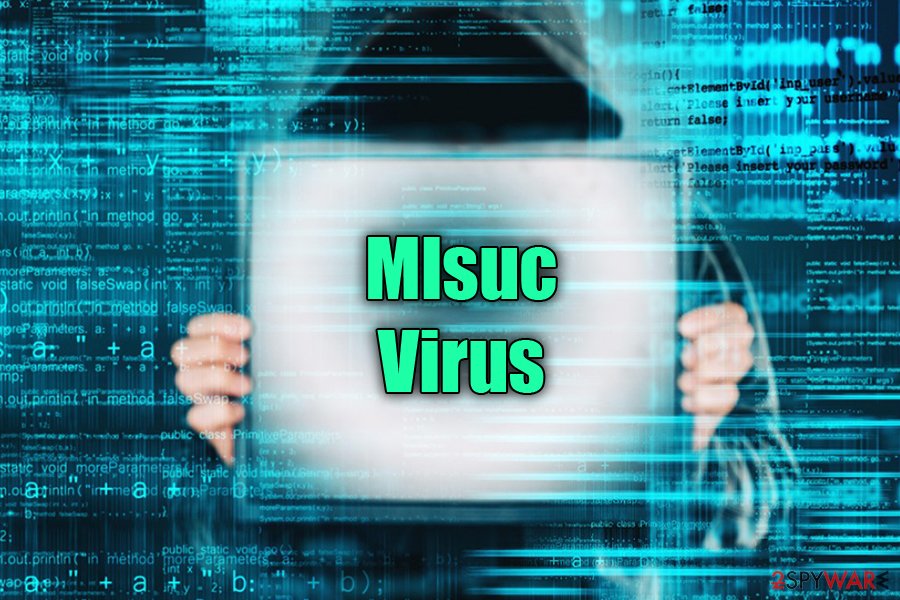 Mlsuc is a backdoor trojan[1] that provides attackers with unauthorized remote access to the compromised computer. The intruder can download and upload files, run applications, restart the computer, uninstall the backdoor, send out e-mail messages or certain notifications. Trojans are one of the most dangerous types of malware, as they are difficult to detect due to the lack of signs and symptoms. Additionally, Mlsuc virus infiltrates machines via mIRC (an internet relay chat for Windows) as soon as they enter the compromised channel. Furthermore, the malware can be obtained through unsafe websites, as a drive-by download or executed from a spam email attachment.

The modified settings allow Mlsuc to boot every time the operating system is launched. Unfortunately, to detect these changes users would have to enter the patch inside Registry Editor, and less computer-savvy individuals might have never encountered such a function before. Thus, using anti-malware tool to detect and remove Mlsuc virus is the best option. We recommend using Reimage Reimage Cleaner Intego, Malwarebytes or any other reputable software.

Speaking of detection, users may rarely experience Mlsuc infection symptoms. According to security experts from lesvirus.fr,[3] the virus might sometimes show these signs:

Mlsuc trojan allows hackers to gain remote access to victims' machines and perform actions that can compromise users' virtual safety, jeopardize normal computer operation and even install other malware. Bad actors can take screenshots, turn on the video camera, send out or receive files, reboot the PC and execute files.

Mlsuc can redirect users to spoofed banking websites to make victims to enter their credentials. Hackers can then obtain this information and use for money stealing or identity fraud. The virus also prevents users from accessing security sites, such as firewall or anti-virus domains.

All in all, we suggest you remove Mlsuc virus from your computer ASAP. Although it is hard to detect, do not ignore the suspicious operation of your PC, and scan your computer in order to make sure that there is no malware involved. 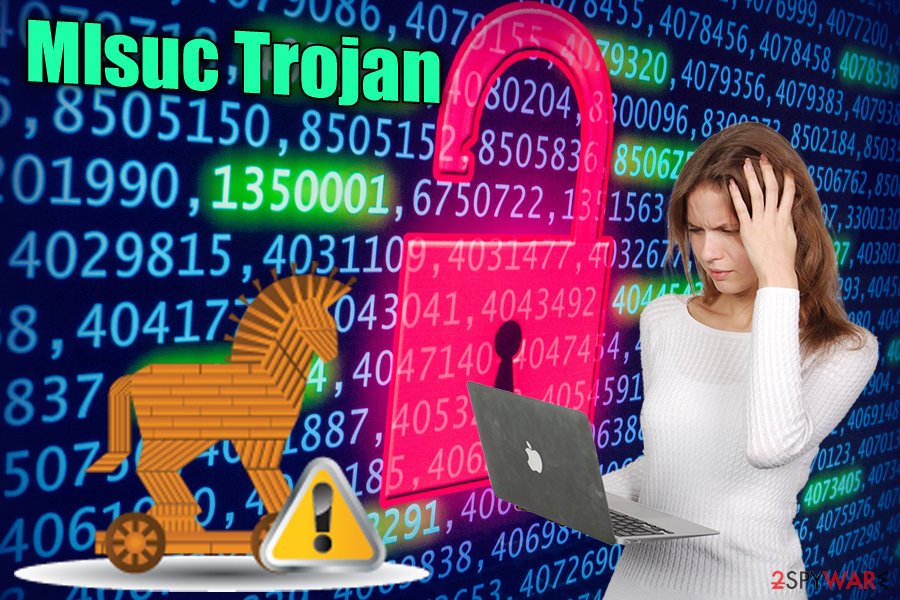 Do not enter questionable channels on mIRC

Chatting program mIRC is one of the most downloaded applications in the world and gained immense popularity before modern social networking apps came into play. To some degree, this application is still widely used. Therefore, if you still make use of mIRC, beware that joining unknown channels might result in malware infections. Thus, only visit the ones you trust.

You should also be very careful when you browse the internet. There are plenty of unsafe places on the internet, and hackers are inclined to use that to their advantage. For example, file-sharing sites (especially torrents) and infested with malicious executables that might be presented as cracked software. Additionally, cracks and keygens are often infected with malware. Furthermore, beware of fake updates and other malicious ads that could be set up by crooks just to make users to install viruses with one click.

Finally, spam emails can often include attachments that can execute trojans. The attached documents can be disguised as legitimate .doc, .html, .txt, .zip and other files. To make users open the malicious attachment, cybercrooks often use social engineering skills to compose quite convincing phishing emails.

Remove Mlsuc malware from your PC – use security software

As we already mentioned, Mlsuc removal might be complicated since users may not be aware of the virus infection. Especially those who do not have security software installed are vulnerable. Therefore, use general precautions and have an anti-virus program with real-time protection function installed at all times. We recommend using Reimage Reimage Cleaner Intego or Malwarebytes.

Do not try to remove Mlsuc virus manually as you will fail. Only the most computer-savvy individuals can perform that task, and it is a lengthy process overall. Besides, a trusted anti-malware software can prevent most of the infections from entering your device in the first place.

If security software does not work properly in normal mode, access Safe Mode with Networking:

You can use System Restore for complete Mlsuc elimination:

Finally, you should always think about the protection of crypto-ransomwares. In order to protect your computer from Mlsuc and other ransomwares, use a reputable anti-spyware, such as Reimage Reimage Cleaner Intego, SpyHunter 5Combo Cleaner or Malwarebytes

Your opinion regarding Mlsuc Cancel reply

You can quickly scan the QR code with your mobile device and have Mlsuc manual removal instructions right in your pocket.