PC optimization tools are programs designed to solve specific system, storage and general performance issues to improve the quality of daily computer use. “It protects your privacy and makes your computer faster and more secure!”; “Provides an easy step-by-step process to help you remove the garbage clogging up your computer”; “It frees disk space, fixes errors and ensures steady performance.” These are just a few of the quotes taken from the sites promoting PC optimizers. However, there are numerous programs that offer similar services, so how do you tell which ones are really worth installing and which are just a waste of space?

In the following sections, we will discuss what types of computer optimization programs there are, how can they benefit your system as well as how they differ from antivirus utilities. Later on, we will also talk about corrupt PC optimizers, what are the risks of keeping them on the computer and provide some useful tips on how to recognize a malicious optimization tool.

Types of PC optimizers and their functionality

As we have already mentioned, there are optimizers for almost every problem that might arise while using the computer. Other PC maintenance utilities simply tune-up the system for a smoother performance. It is interesting that such utilities often receive a lot of critique online. Google’s top search results provide articles in which most of the optimization utilities are deemed as useless and performance-reducing. Nevertheless, there are several categories of these tools that stand out, and even some computer experts recommend obtaining them:

Since we have already touched upon the topic of computer’s security, we should also discuss the relationship between the antiviruses and the PC optimization tools. Looking at them separately, it is not difficult to see a lot of similarities between the two. Both of these types of programs are meant to diminish the system’s vulnerabilities in order to protect it from the potential security breaches. As mentioned in the previous section, there are utilities that combine both of these computer maintenance solutions.

Nevertheless, it is also understandable where the critique these utilities receive comes from. Such software blocks often take up a lot of the drive space, use most of the CPU and affects the system performance when run. Paradoxically, performance issues make the system more vulnerable. Besides, antivirus utilities are the so-called working programs, so they have to be running at all times, while system optimization can be carried out occasionally. This can be easily solved by keeping a couple of utilities that would supplement one another and could be used when needed.

We have mentioned the negative feedback system optimization tools receive from the tech community. Let us look at the origins of this mistrust in more detail.

Though some PC optimization tools really improve the system’s performance, there are numerous fake programs that are designed for some completely different purposes. Mostly, these utilities have their own official websites where they are promoted identically to the legitimate programs, so it is virtually impossible to tell whether these tools are really reliable. The true colors of these programs show up after they are installed on the computer. It may suddenly turn out that your system’s condition is “critical”, and the pushy notifications about it will really make it believable. Most of the time, though, there is nothing wrong with the computer apart from the rogue optimization tool that is actually making all the fuss. The developers of these deceptive programs often frighten the users into purchasing the full versions of the non-existent or barely functional utilities, making a real fortune. To avoid obtaining such corrupt programs, always make sure you read through the user feedback about the software you are planning to install on your computer, or consult security experts.

To conclude, we should note that system optimization tools can assist you in your day-to-day computer use but relying on them to fix all the issues or even raise your system from the dead is a rather far-fetched expectation. So we suggest carefully evaluating and selecting what PC optimization utilities could really have a positive impact your system and choose only the reliable tools for the job. 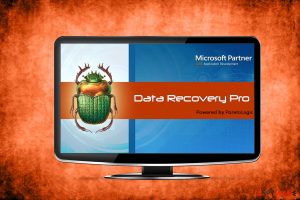 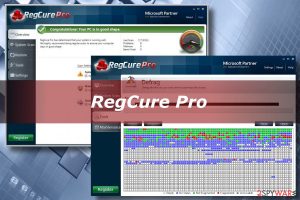 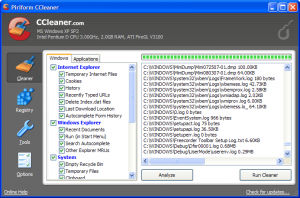