Torpig – a malicious Trojan Horse that can steal sensitive data 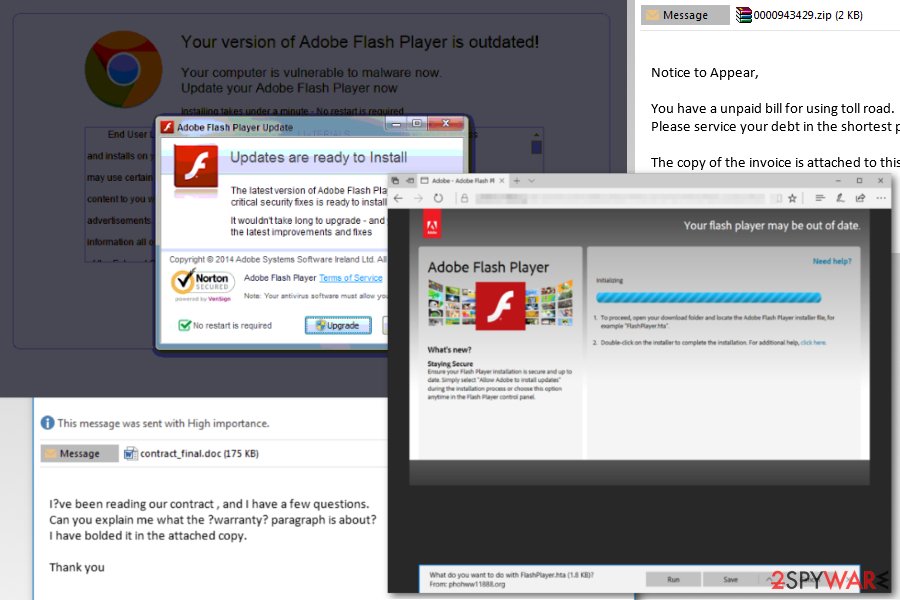 Torpig is a severely malicious Trojan Horse,[1] which has been revealed in 2005. Since then, cybersecurity experts managed to keep it shut for ten years, but its developers eventually released the Trojan and started its second expansion wave. It's also known and Anserin or Sinowal family[2] and is responsible for the extortion of personal information, such as credit card details, login details, passwords, and similar information that would later allow hackers to take full control over a target system.

In most of the cases, it spreads via systems compromised by the Mebroot rootkit. Mac OS X users are immune to Torpig virus, but Windows OS users, especially those who use older versions, such as Windows 7, XP, Vista, should be careful with this Trojan.

Torpig malware renders anti-virus software useless, so the first sign of this cyber infection on the system is the inability to launch a scan with your antivirus or to open it at all. It may also block security-related websites on a web browser, abort downloads of anti-virus, anti-malware, and optimization tools with inbuilt AV engines.

The Trojan can also modify data on a target computer. The Trojan can delete some crucial system's files, disable some processes or even change extensions of some personal files (pictures, videos or documents). Not to mention, if the virus manages to detect credentials allowing hackers to access the system remotely, it may initiate massive leakage of personal information. That's why it's a must to remove Torpig Trojan from the system ASAP.

There's a straightforward answer to the question how to get rid of Torpig virus – use a professional anti-virus. Even though it blocks anti-virus, it doesn't mean that the security tool cannot be launched. In most of the cases, people can perform Torpig removal with ReimageIntego, SpyHunter 5Combo Cleaner or Malwarebytes after they reboot the system into Safe Mode with Networking. Unfortunately, it's not possible to remove this trojan horse manually. 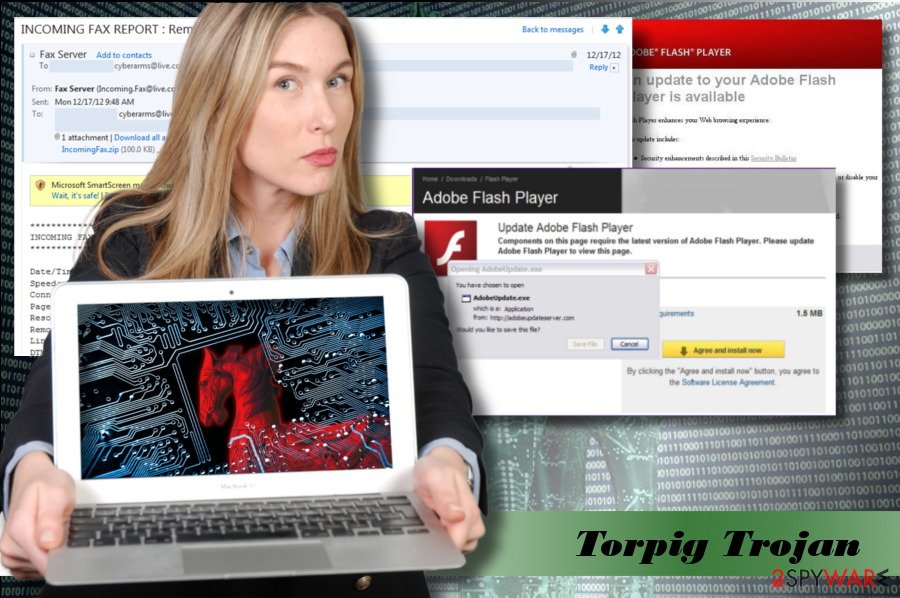 Get rid of Torpig virus to protect personal information from leaking

Cybersecurity researchers have initiated an in-depth analysis of this malware. After the investigation, the researchers agreed upon the fact that this cyber threat will enter history as one of the most significant bank account and credit card stealers.[3] Ten years ago it was estimated that Torpig attacked 500,000 online bank accounts and credit and debit cards.

Besides, University of California, Santa Barbara revealed over 70 GB of stolen data.[4] They have also found that Torpig Trojan managed to retrieve login information for 8,310 accounts at 410 different institutions, and 1,660 unique credit and debit card numbers from victims in the U.S. (49%), Italy (12%), Spain (8%), and 40 other countries. It's important to stress the fact that the numbers we've just listed were revealed in 2009, so they might have multiplied within a decade.

Keep the system updates to protect from Trojan attacks

The prevailing strategy used by developers of this Trojan Horse is snap emails that contain malicious .DOCX attachments. The virus is activated as soon as the PC's user agrees to enable Macros.

Apart from malspam campaigns, hackers may spread this Trojan via malicious advertisements, which exploit outdated versions of Java, Acrobat, Flash, Shockwave, and other software. This method is known as drive-by-download since it does not require user's intervention. If the software recognizes software vulnerability, the virus is executed even if the user does not interfere with the advertisement in any way. To prevent this from happening, cyber security experts from NoVirus.co[5] recommend people to update software regularly.

Not to mention, malware can also be distributed via malicious update offers, such as to update Java or Flash Player. Do not fall for such tricks. If you have doubts that your software is out-of-date, navigate to the official website and download it directly.

The first stage of Torpig virus attack is the most important. The malware managed to transmit the bulk of targeted credentials (credit card details, passwords, name, email account logins, FTP credentials, Windows account password, etc.) within twenty minutes of the attack. If your PC restarted all of a sudden after opening an email attachment or browsing on the doubtful web browser, there's a risk that a Trojan forced your PC to reboot to finish up execution.

If you have a slightest suspect, try to scan your PC with a professional anti-malware (e.g. ReimageIntego, Malwarebytes) and remove Torpig virus from the system. The sooner you get rid of it, the lower the risk of data leakage will be. Most of AV engines recognize this malware as Troj/Torpig-A, but it can also be recognized as crapware or spyware.

You may ask how to get rid of Torpig virus if it blocks your antivirus. It's a fact that you won't be able to remove it manually. All you have to do to get rid of this malware is to unblock your security tool, and the below-given guide will help you to do so.

If Torpig blocks your antivirus, you may need to restart your PC in Safe Mode with Networking and then try to start your anti virus again.

If the previous method did not work, try the following steps:

Guide which is presented above is supposed to help you remove Torpig from your computer. To recover your encrypted files, we recommend using a detailed guide prepared by 2-spyware.com security experts.

If your files are encrypted by Torpig, you can use several methods to restore them:

Finally, you should always think about the protection of crypto-ransomwares. In order to protect your computer from Torpig and other ransomwares, use a reputable anti-spyware, such as ReimageIntego, SpyHunter 5Combo Cleaner or Malwarebytes

Your opinion regarding Torpig Cancel reply

You can quickly scan the QR code with your mobile device and have Torpig manual removal instructions right in your pocket.