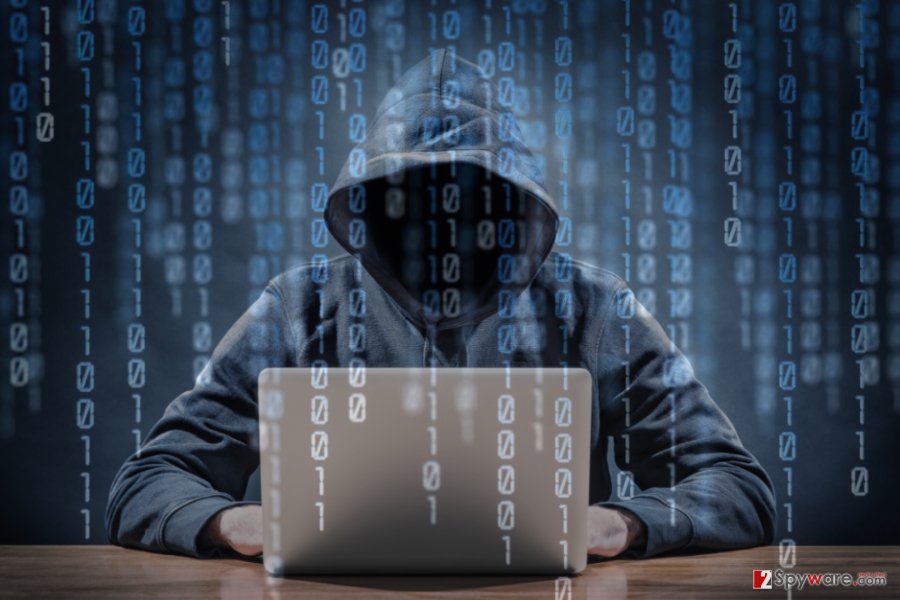 GameOver Zeus is a Trojan that is based on Zeus trojan that has first emerged in 2006. Then the name of this variant was given because of one of its filenames – gameover2.php. Malware is used to get remote access to the computer and steal private information, such as banking logins, passwords, and other financial data.

The Trojan is known for almost a decade and has alternative names – GameOver Trojan, GOZ,[1] and P2PZeuS. However, authorities also know who is standing behind this cyber threat – the Russian[2] hacker Evgeniy Mikhailovich Bogachev known as Slavik.

However, the success of malware is based not only on Slavik’s work. He created a group of 50 cyber criminals that are called “Business Club.”

In October 2013 GameOver Zeus has been started actively spreading and infecting systems with ransomware virus that is known as Cryptolocker. As soon as it is installed, it encrypts all important files that are stored on a computer and then demands payment for decrypting them.

The GameOver Zeus Trojan itself spreads via Cutwail botnet[3] and uses encrypted peer-to-peer communication with Command and Control server. During its lifetime, it has been mostly used for stealing money from banks and banking data.

Therefore, getting infected with malware might end up with financial and personal information loss. If you suspected that your PC might be infected with Trojan, you should scan your device with ReimageIntego and remove GameOver Zeus from the PC.

However, you may need to take extra steps for GameOver Zeus removal if it brought ransomware to your PC. The detailed explanation about its elimination you can find at the end of this article. 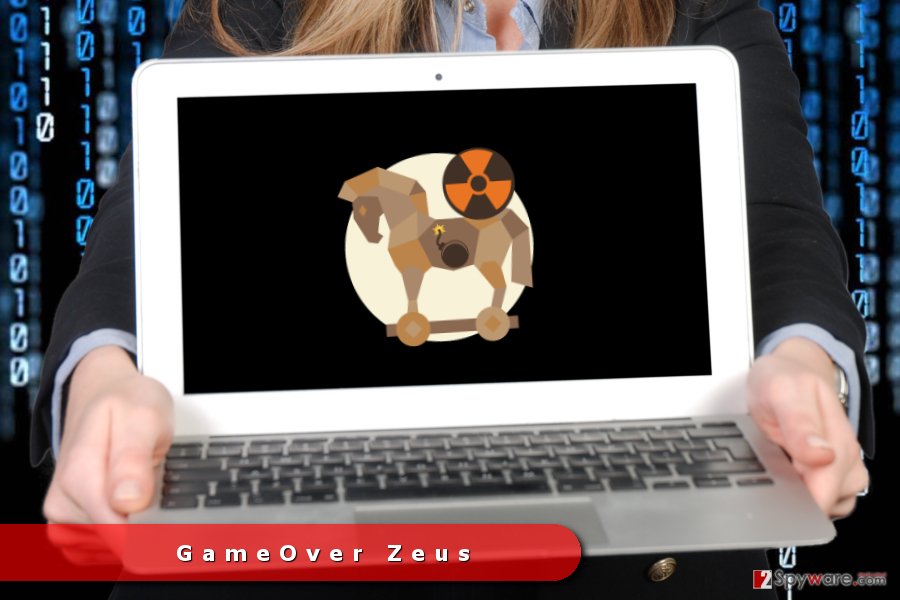 GameOver Zeus is a dangerous banking Trojan that has evolved from Zeus malware.

Attempts to take down the dangerous Trojan

Security researchers are trying to take down the GameOver Zeus virus since 2011.[4] FBI, the U.S. and European security investigators and authorities launched several attacks against hacker’s networks. However, all the attempts failed.

In January 2013, researchers were close to taking down the malware. However, months of their work were not enough because they overlooked a critical component. As a result, the hacker updated its malicious network and took back control over its program.

In 2015, FBI put a $3 million bounty on Slavik’s head.[5] It’s the highest reward that has been offered for the cyber criminal in the United States. However, in 2017 he is still enjoying his life outside the jail.[6]

Distribution methods of the GameOver Trojan

Typically they include a link that redirects to the malicious website. When users get there, the Trojan is installed on the system.

Therefore, in order to avoid infiltration of a dangerous banking trojan, you should always inspect the email carefully:

If you still cannot decide should you trust the email or not, you can always call the organization or log in to the account directly by opening a new browser’s tab. Then you can be sure if criminals tried to attack you or not.

To remove GameOver Zeus from the PC, you have to obtain reputable security software, such as ReimageIntego, SpyHunter 5Combo Cleaner or Malwarebytes. After the installation, update your preferred tool and run a full system scan. The program should eliminate malware automatically.

After GameOver Zeus removal, we highly recommend changing all of your passwords in order to protect your money and sensitive information from the attackers.

If this Trojan has already infected your PC with Cryptolocker, try to follow these steps:

In order to disable the virus, follow these steps:

Guide which is presented above is supposed to help you remove GameOver Zeus from your computer. To recover your encrypted files, we recommend using a detailed guide prepared by 2-spyware.com security experts.

If your files are encrypted by GameOver Zeus, you can use several methods to restore them:

If GameOver Zeus brought Cryptolocker to your PC, you should try this tool to get back at least some of the files.

If System Restore has been enabled before malware attack, follow these steps to copy individual files:

Researchers have created several tools that might help to recover files encrypted by this malware. You can find download links and the explanation how to use them here.

Finally, you should always think about the protection of crypto-ransomwares. In order to protect your computer from GameOver Zeus and other ransomwares, use a reputable anti-spyware, such as ReimageIntego, SpyHunter 5Combo Cleaner or Malwarebytes

You can quickly scan the QR code with your mobile device and have GameOver Zeus manual removal instructions right in your pocket.