TrojanDownloader.VBS.Agent is a type of malware that tries to exploit CVE-2006-0003 vulnerability on malicious websites 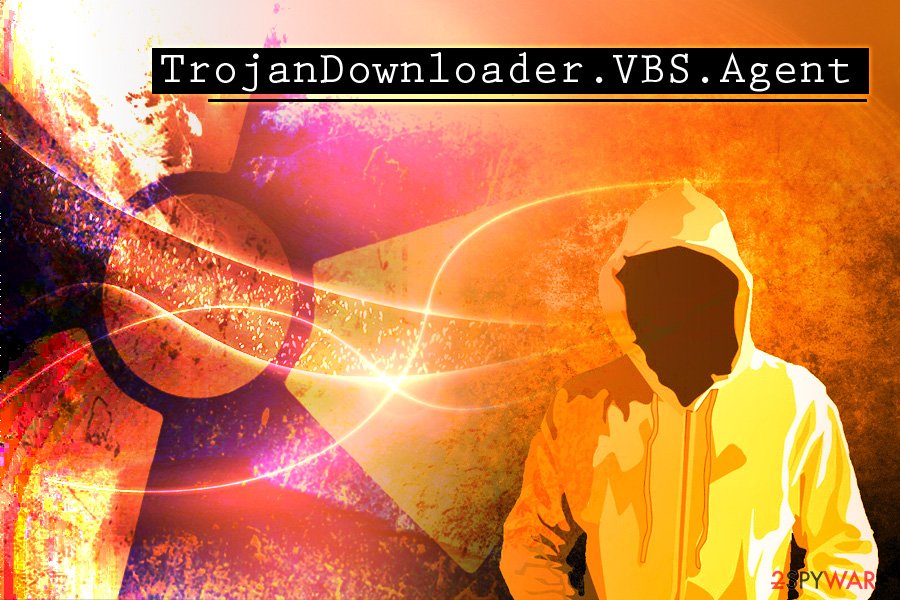 TrojanDownloader.VBS.Agent is a malicious VBScript[1] that is present in a variety of hacked or specially crafted websites. Once executed, the malware is capable of executing arbitrary code commands, which may allow threat actors to remotely control the infected machine, install other viruses, or steal personal information of the victim.

TrojanDownloader:VBS/Agent virus targets a critical CVE-2006-0003[2] vulnerability that is found within RDS.Dataspace ActiveX environment, a flaw that was patched by Microsoft with the MS06-014 security update. Therefore, users who fail to update their systems are the most likely to get infected by the malware.

Unfortunately, the threat does not display any symptoms, although users might spot suspicious redirects or intrusive ads on various sites that they visit, software or OS crashes, BSoDs, a slowdown of the device, etc. Nevertheless, you should scan your computer for malware if you want to remove TrojanDownloader.VBS.Agent malware and avoid dangerous consequences like identity theft or money loss.

TrojanDownloader:VBS/Agent is a heuristic[3] name for a particular type of malware, so multiple AV engines recognize the threat differently. For example:[4]

TrojanDownloader:VBS/Agent can be encountered on a variety of websites where VBScript is embedded. For that reason, hackers create malicious copies of original sites or create their own. Later on, adware or similar, potentially unwanted programs might be redirecting victims to these dangerous websites. Alternatively, bad actors can also attach the .html document to the spam email.

Once users visit the malicious site or open the HTML document within the phishing email, the code is executed, and the scrips start looking for the CVE-2006-0003 vulnerability. If detected, users instantaneously get infected with TrojanDownloader.VBS.Agent.

Because of TrojanDownloader.VBS.Agent mainly works as malware downloader, secondary payloads may include other trojans, backdoors, cryptominers, data stealers, and even ransomware. The latter virus locks all personal files on the device and asks for ransom in Bitcoins or another cryptocurrency. Thus, this type of infection might result in permanent file loss.

To avoid such consequences, you should take care of TrojanDownloader.VBS.Agent removal immediately. Because the malware does not show any symptoms (or very minimal), you should use anti-virus software in order to determine whether you are infected or not. Due to the nature of the threat, experts[5] also suggest scanning the infected machine with ReimageIntego to fix virus damage. 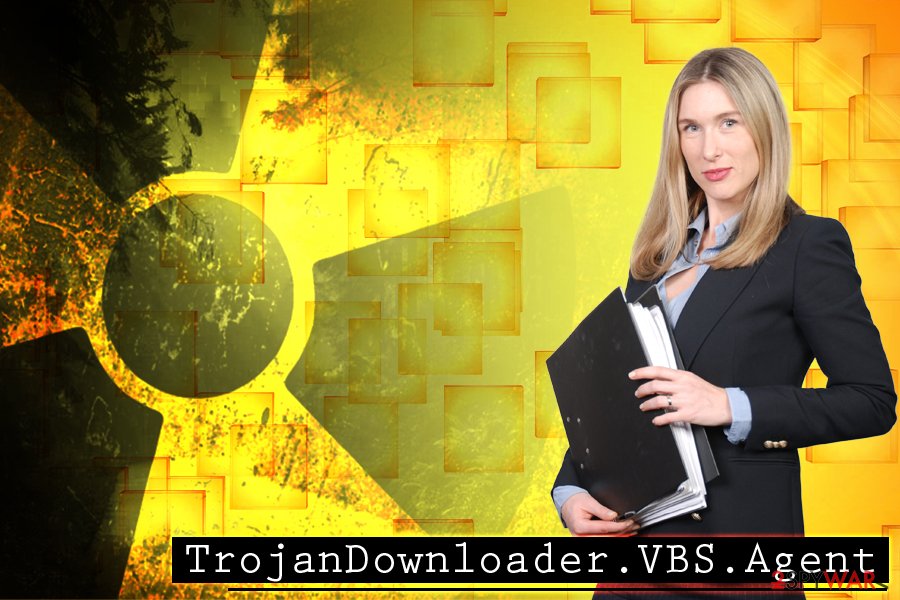 TrojanDownloader.VBS.Agent is a heuristic detection for a trojan horse that can be installed once CVE-2006-0003 flaw is exploited

Security patches are among the most important security measures against malware infections. Unfortunately, many users go by the principle “it never happened before, so why should it now?” Updates are crafted in a way that would improve the performance, increase stability, and prevent zero-day vulnerabilities from being exploited. Therefore, thinking that patches are worthless is simply silly.

Therefore, make sure you set software updates to automatic option, be it for the installed programs (especially Adobe Flash and Java) or the operating system itself. Additionally, never postpone in installation for hours, sometimes it only takes one redirect to a malicious site for VBScript to be executed.

Additionally, be aware that crooks can clip the malicious .html or .vbs attachments to spam email emails and use bots to distribute them all over the world. Thus, be very careful when dealing with spam email attachments or hyperlinks – malware can slip in that way. Finally, do not forget to run reputable anti-malware software at all times.

Delete TrojanDownloader.VBS.Agent from your computer with powerful anti-virus software

Do not attempt manual TrojanDownloader.VBS.Agent removal, as this malware performs a variety of system changes, such as adding malicious files, scheduling new tasks, modifying the registry, shutting down security software, modifying system startup, etc. All these elements are located in different parts of the operating system, and reverting these changes manually would be impossible for a regular user.

Thus, remove TrojanDownloader:VBS/Agent virus with the help of security software – you can use ReimageIntego or similar tool. However, as we mentioned above, this malware tries to detect and disable AV engine, so you should access Safe Mode with Networking, as explained below. Additionally, to return Windows OS back to normal and fix virus-affected system files, scan your PC with ReimageIntego.

To remove TrojanDownloader.VBS.Agent from your computer safely, enter Safe Mode with Networking as explained below:

Finally, you should always think about the protection of crypto-ransomwares. In order to protect your computer from TrojanDownloader.VBS.Agent and other ransomwares, use a reputable anti-spyware, such as ReimageIntego, SpyHunter 5Combo Cleaner or Malwarebytes

Your opinion regarding TrojanDownloader.VBS.Agent Cancel reply

You can quickly scan the QR code with your mobile device and have TrojanDownloader.VBS.Agent manual removal instructions right in your pocket.