Win.Trojan.Pmabot – a trojan capable of remotely connecting to a server and launching a DOS attack 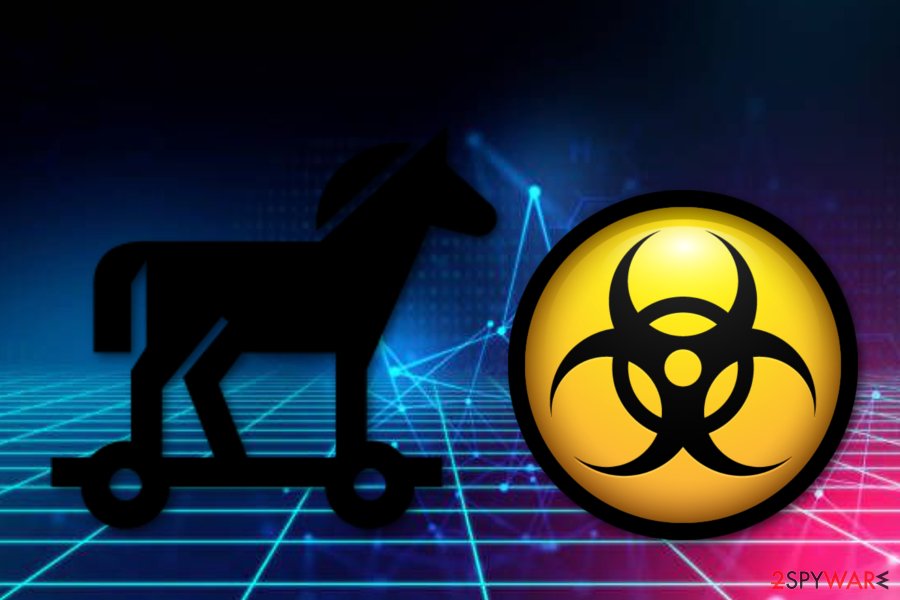 Win.Trojan.Pmabot is a Trojan virus that performs all of its malicious activities remotely by using a C&C server.[1] Some users have reported receiving malicious traffic from this malware together with the “Win.Trojan.Pmabot outbound connection attempt” message.[2] This virtual parasite might initiate a big number of hazardous activities on Windows computes beginning with software corruption and ending with secret malware installation or serious identity theft.

Win.Trojan.Pmabot trojan can launch a remote DOS[3] attack that would supposedly result in permanent corruption of the server. However, more often crooks that hide under this type of malware aim to gather personal information, steal money by logging into users' bank accounts, and inject other viruses by executing PowerShell commands, e.g. cryptocurrency mining programs that mine Bitcoin, LiteCoin, Ethereum, or another type of currency by overusing the PC's resources.

Win.Trojan.Pmabot virus might not show any accurate signs at first, however, there might be some symptoms that could help you to recognize a trojan infection or at least take some actions towards the detection process of it. Despite the antivirus alerts that might flood you when something misleading has been found, you might experience these signs:

All of these signs signify about a trojan infection and you should be aware even if you just see one or two of them. Scanning the machine with antimalware repeatedly will never hurt. If the malware has been found, you should immediately continue with Win.Trojan.Pmabot removal that also requires automatical programs.

Win.Trojan.Pmabot might initiate a big variety of malicious activities in the computer's background without the user even noticing anything at first. The malware might plant a cryptocurrency miner and start mining BTC or another type of currency by overusing your PC's resources that might lead to CPU overheating. 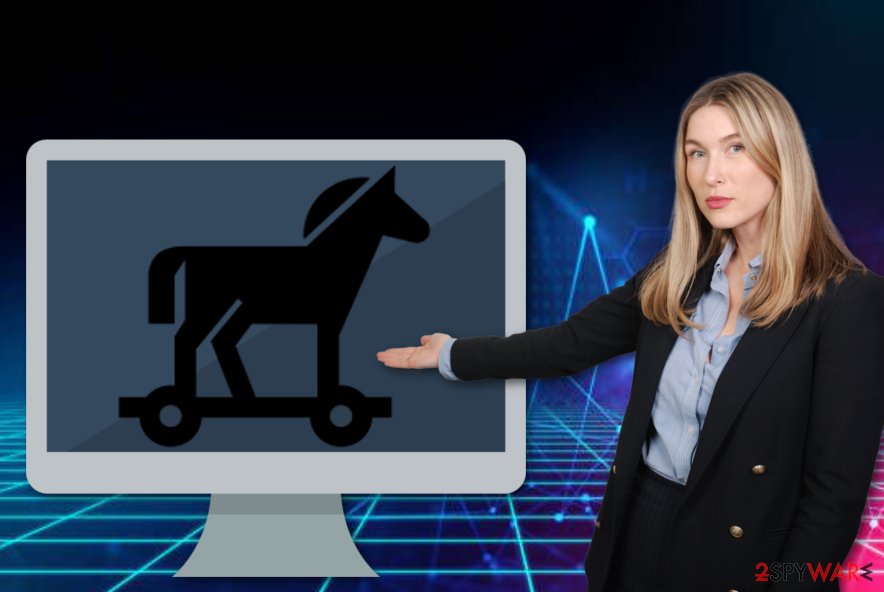 Win.Trojan.Pmabot is a Trojan virus that might launch a DOS attack and permanently damage the server

Moreover, Win.Trojan.Pmabot might be able to access all of the private data that has been stored on your computer and web browsers. This way the parasite could log into any type of account that you hold and steal more information from there. Later on, the hackers might but your sensitive details for sale on the dark web market.

Continuously, Win.Trojan.Pmabot can not only target your personal information but also seek some monetary income directly from your bank account. If the crooks discover your credentials, they might be able to log into your Internet banking account and make money transfers directly from there.

As you can see, trojans can bring big damage and losses to the victim and the computer system. If you want to minimize the risk, you should remove Win.Trojan.Pmabot ASAP. When the trojan is detected, use reliable software to scan the entire system and find all the malicious components that have been hidden and all damaged locations.

If Win.Trojan.Pmabot has made some harmful effect on your system's files, you should try repairing them with software such as Reimage Reimage Cleaner . Even though there is no 100% guarantee that the software will definitely help, it is worth giving a try. Also, scroll down to the end of the page where you will find computer boot possibilities that allow disabling malicious processes.

Some tips on how to prevent malware attacks

No one wants to receive malware on their computers but for malicious attempts not to happen, ultimate computer security must be assured. First of all, do not be afraid to invest some time and money in finding a reliable antivirus tool. You can try a few different programs until you find the one that suits you the most.

Continuously, be aware of what type of sources you are using for your downloads. If you like downloading video or software cracks from networks such as BitTorrent, you are likely to catch malware there as peer-to-peer networks do not include required protection and might be easily misused by malicious actors.

Furthermore, virtual parasites are likely to attack via email spam. The crooks might pretend to be from reliable healthcare organizations, shipping companies and deliver you the malicious payload in a format of some type of attachment/hyperlink. Regarding this fact, always check the sender of the email and do not open any attached files without scanning them with a malware checker first.

In addition, some malware might come camouflaged as fake JavaScript, Flash Player, or other software updates. Do not put your trust in any updates that pop-out randomly while browsing the Internet. If you are curious or concerned about some type of software upgrade, you should research it on the web or visit the program's official website and check all recently released updates there.

Win.Trojan.Pmabot trojan needs to be eliminated as soon as you spot the first signs of the infection. Experts from LosVirus.es[4] urge users not to hesitate while dealing with dangerous malware to avoid more harm.

You should remove Win.Trojan.Pmabot with the help of antimalware software only and avoid trying to delete the program on your own as more damage can be brought to the computer system. Besides, automatical tools are more likely to deal with the entire process in a much more effective and simpler way than a human would ever be able to.

To lengthen Win.Trojan.Pmabot removal, we recommend scanning the system with antimalware such as SpyHunter 5Combo Cleaner or Malwarebytes and discovering all the locations where malware-laden content might be hidden. Afterward, if you spot some damaged locations, you can try repairing these components with a system repair tool such as Reimage Reimage Cleaner .

To disable malicious processes on your Windows machine, you have to boot the PC in Safe Mode with Networking. To launch this mode, apply the following guiding steps:

To diminish malware-laden activities that are the result of a trojan attack, activate the System Restore feature by completing the below-provided guidelines:

Finally, you should always think about the protection of crypto-ransomwares. In order to protect your computer from Win.Trojan.Pmabot and other ransomwares, use a reputable anti-spyware, such as Reimage Reimage Cleaner , SpyHunter 5Combo Cleaner or Malwarebytes

Your opinion regarding Win.Trojan.Pmabot Cancel reply

You can quickly scan the QR code with your mobile device and have Win.Trojan.Pmabot manual removal instructions right in your pocket.