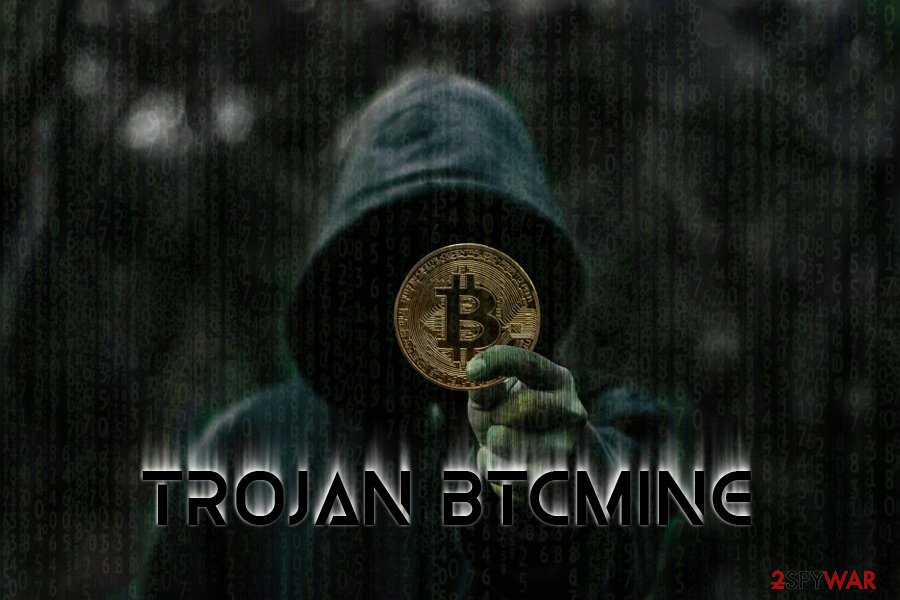 Trojan BtcMine is a coin mining malware that infiltrates machines through unsafe sites, contaminated email attachments, and also can spread as fake VLC player updates. The malicious software is designed to mine digital currency, such as Bitcoin, Litecoin, Monero, Ethereum and others. Unfortunately, the profits of mining do not go to the users, but hackers instead. Victims, however, have to deal with increased electricity bills, degrading PC performance and overheating hardware. Additionally, Trojan BtcMine can serve as a backdoor to other serious infections, such as ransomware.

Digital currency mining malware is on the rise, as cybercriminals inject malicious payload into thousands of computers which then are converted into a chain that mines crypto into a single wallet. Therefore, the more machines are infected, the more profit is generated. Unfortunately, infected users suffer the most, as their PCs become almost unusable. Thus, victims are inclined to search for Trojan BtcMine removal methods.

Security researchers[1] predict that crypto-miners such as Trojan.BtcMine will dominate over ransomware infections, as it is more profitable for bad actors(we also have seen several ransomware shifting to crypto mining business model in the past, such as XiaoBa ransomware)[2]. Is it better for the user? Not really, because several coin miners also include file-locking function, as well as engage in other malicious acts, like stealing banking credentials.

Additionally, detection of malware might be complicated, as it uses several obfuscation techniques to remain unnoticed by security software. Therefore, Trojan.BtcMine virus  appearance on the PC is not a good news for anybody, especially due to the fact that it can evolve in the future.

The trouble with Trojan BtcMine is that it might be difficult to identify – just like many other trojans. Malware's purpose is to run on the machine silently and achieve the goals set by hackers. Thus, by the time victims realize that they are infected, the damage can be already done. Nevertheless, users are most likely to recognize Trojan.BtcMine presence by the following symptoms:

Nevertheless, all of these symptoms can be confused with wear and tear symptoms, and some users might not understand what is happening to their PCs. That is one of the main reasons to have a trusted security software installed on each of the computers. If you do not posses one, we suggest you download ReimageIntego or Malwarebytes and run a full system scan. Not only it can secure your computer form the future infections, but it will also take care of Trojan BtcMine removal. 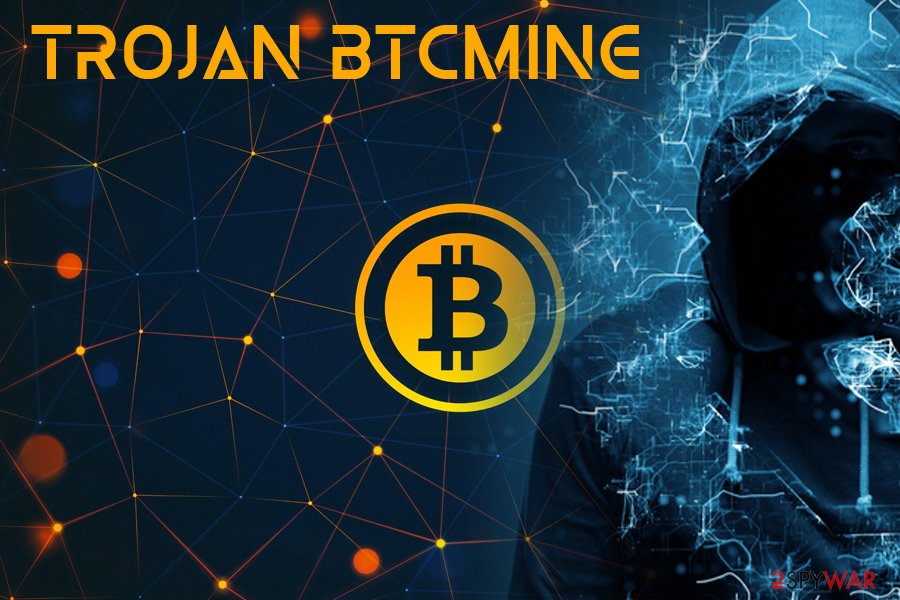 Unfortunately, not many computer users take cybersecurity seriously. Most of victims never expect to fine malware on their computers, as they have no idea how it gets inside. Therefore, it is essential to know crypto-mining virus distribution methods and do everything to avoid the threat.

First of all, we recommend download and install security software. It is an essential step to provide the best care for your PC possible, merely because anti-virus program can prevent most of the infections from entering the machines entirely. To ensure full protection, you would have to pay for a decent software, however.

Aside from anti-malware, there are several other “don'ts” on the internet, including:

While CPU usage can be checked via the Task Manager, such action is impossible for the GPU. Users might have to use special software or check by entering BIOS. Nevertheless, it is crucial not to ignore signs of infection and remove Trojan BtcMine virus before it can cause any further damage to the infected machine.

For full Trojan.BtcMine removal. you should use trusted security software. You can use ReimageIntego pr Malwarebytes – these tools guarantee safe elimination. Additionally, the altered Registry entries can be fixed automatically as well. What is more, trojans can inject other malware easily. Thus, only security software will be capable of finding all infections at once. Manual Trojan BtcMine elimination should not be attempted, as it is a complicated procedure which should only be practiced by IT professionals.

In case the virus is tampering with security software, enter Safe Mode with Networking and perform the scan from there:

Finally, you should always think about the protection of crypto-ransomwares. In order to protect your computer from Trojan BtcMine and other ransomwares, use a reputable anti-spyware, such as ReimageIntego, SpyHunter 5Combo Cleaner or Malwarebytes

You can quickly scan the QR code with your mobile device and have Trojan BtcMine manual removal instructions right in your pocket.