When dealing with the fake anti-spyware, you can be convinced that it is a reliable security application capable of finding malicious files on the system because such programs look very professional. Unfortunately, but no matter how good their GUI looks, they have no virus database, which should be there for an appropriate system scan and the ability to spot malicious files on the computer. In most of the cases, they report about legitimate system components and claim that the victim has to remove them from his/hers computer. That’s how rogue anti-spyware programs manipulate people into purchasing their “licensed” versions. As soon as hackers receive the money, they disable their rogue anti-spyware applications for a certain amount of time. Sooner or later, a virus starts its work again and tries to steal more money from its victim.

Removing rogue anti-spyware from the system is very important because such programs can also be used for infecting it with additional viruses. Also, they can be used for collecting various information needed for identity theft and similar crimes. Finally, they can cause serious issues related to computer’s functionality, such as system slowdowns and crashes. Each of viruses that belong to a rogue anti-spyware category can be removed with the help of reliable anti-spyware.

The most of rogue anti-spyware programs infiltrate computers without users’ approval. Here are the main methods used for infecting computers:

Typical activity of such malware:

Programs that are categorized as Rogue anti-spyware seek to convince their victims that their computers are seriously infected and that the only tool, which can be used for removing notorious viruses, is the licensed version. If rogue manages to infiltrate the system, it starts seeking its aim with the help of such activities:

The most dangerous examples of rogue anti-spyware:

System Tool. Since the day this rogue anti-spyware showed up in the PC world, System Tool has infected thousands of different computers. It is known that it started spreading around in 2010 and kept doing that for more than three years. This program had caused lots of various issues for its victims, including the loss of their money and infiltration of other malware. The main method that was used for distributing it involved fake notifications offering people to check their computers for free.

Security Defender This rogue anti-spyware showed up in 2011. Since then, it has been infecting poorly protected PC systems. Once inside the computer, it looks like it is capable of defending the system from malware. Unfortunately, but this image is used just to steal the money from unaware PC users. Security Defender has no uninstall option. It can be removed only with the help of reliable anti-spyware, which sometimes can be blocked because of the malware hiding inside the system.

The removal of rogue anti-spyware:

If you want to see what the real danger is, you must check your computer with the legitimate anti-spyware. The most reliable way to remove rogue anti-spyware from the system, is to run a full system scan with ReimageIntego or SpyHunter 5Combo Cleaner. After launching one of these programs, you should see that system scanners and security notifications of rogue anti-spyware programs are filled with invented information.

Beware that rogue anti-spyware can block legitimate software for preventing its removal from computer. To avoid this issue, you should try one of these methods: 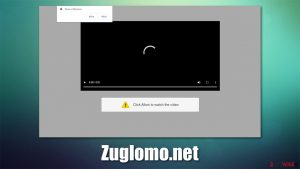 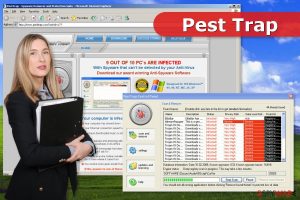 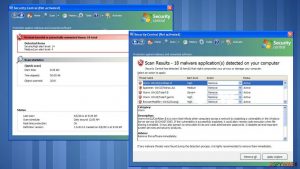 Getting rid of Security Central