A worm is a malicious self-replicating computer program designed to infect computers in an attempt to deliver a destructive payload. A typical worm spreads via e-mail messages, file sharing networks, or through open network shares. Widely spread complex parasites usually propagate themselves by exploiting certain security vulnerabilities in the targeted remote system. Most worms can infect files, degrade the overall system's performance and try to steal sensitive user's information or install other dangerous parasites, such as backdoors or trojans, on it. Worms are very similar to regular computer viruses and, therefore, can rely on different functionality.

How do worms spread and promote themselves?

Worms replicate themselves and infect a computer without the user's knowledge and consent. There are three major ways these unsolicited parasites can get into the system.

Worms have been capable of infecting only those computers that run Microsoft Windows operating system. However, today they can also affect Mac OS X and other systems.

What does a worm do on my computer?

The infiltration of a worm noticeably decreases overall computer performance and degrades the speed of the Internet. The infected PC user can also suffer from web surfing problems, system instability, and software functionality issues. Moreover, the computer becomes the source of viruses and can pose a serious danger to other hosts and networks. Most of worms can also decrease the system's security by modifying security-related application settings and disabling antivirus or anti-spyware protection. Some parasites can infect a computer with the most serious security and privacy threats, such as various backdoors or trojans. The remote attacker can use these pests to gain unauthorized access to a compromised computer, steal user's sensitive information or totally destroy the entire system and all user data.

As you can see, a worm by itself means a significant risk to your privacy and security. Lots of these parasites are designed to collect valuable user information like passwords, bank account details, credit card numbers, or identity data, and silently transfer it to the attacker. Some worms are made for criminal purposes. They are created to infect the computers of corporate users and steal or disclose to public secret documents and other confidential information. To sum up, these are the most typical activities caused by worm:

The most dangerous examples of worms

There are thousands of different computer worms. The following examples illustrate how treacherous and harmful worms can be.

ILoveYou, also known as LoveLetter and Love Bug, is perhaps the most widely-known worm in all history of worms. It struck the computer world in 2000 and infected a big number of systems all over the world. ILoveYou spreads through email as an attachment to the letters. However, the text of the letters seems so nice and sweet that users open attachments without even thinking that there could be a virus. The text of the e-mail may contain words like “I love you” and everything that is similar to that. ILoveYou spreads very fast because when it gets to the system, it immediately sends its copies to all the addresses from the Microsoft Outlook Express address book. It also harms the system, by overwriting essential system files, user personal documents, multimedia files, and other critical data. Some ILoveYou variants are responsible for a Denial of Service attack on the official White House website.

MyDoom, also known as Novarg, Shimgapi, and Mimail, is the fastest spreading worm ever. The parasite propagates by e-mail and through file-sharing networks. It comes in infected files attached to e-mail messages that trick the user into believing that regular mail servers sent them as delivery error notifications. Once the user executes such a file, MyDoom silently installs itself to the system and runs its payload. The worm sets up a backdoor that gives the remote attacker full unauthorized access to a compromised computer and performs a Denial of Service attack against SCO and Microsoft companies websites. It also blocks access to several popular domains. MyDoom is responsible for the significant worldwide Internet performance slowdown that took place at the beginning of 2004. One in ten of all e-mail messages at that time contained a copy of the parasite.

The Iglamer worm is an infamous Internet parasite that infects vulnerable computers running systems with open security breaches. It does not distribute itself with the help of e-mail messages or networks but infects computers directly. This virus does not depend on the user's actions. Iglamer installs itself to the system and searches for other vulnerable hosts. The worm can hang the infected computer or reboot it frequently. It also severely compromises the security of infected systems, so the attackers can connect and control them remotely.

How can I fix my computer and remove worm?

Worms work in the same manner as regular computer viruses and, therefore, they can be found and removed from the system with the help of effective anti-malware. Programs that we tested and recommend for the removal of worms are ReimageIntego and Malwarebytes. These malware removers have extensive parasite signature databases that can easily detect and remove certain worms and related malicious components.

Latest worms added to the database 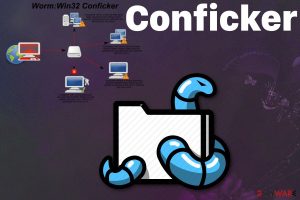 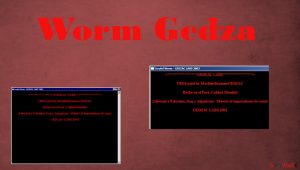 Worm Gedza is the worm that can be embedded in the email attachment.
Viruses Worms   May 07, 2021 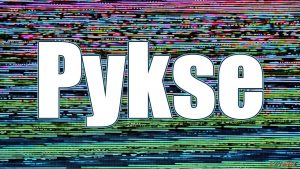 Pykse – malicious computer worm that opens a backdoor on a compromised system.
Viruses Worms   May 03, 2021