Cracks are illegal programs created to remove the restrictions on the software and to make it equal to its full version. Depending on their type, such tools/software can generate registration codes, change specific parts of the software (add registry values, files, and similar components) and cause other alterations in program’s code. Each of these activities can eliminate the restrictions of the program and help the user avoid the payment required in exchange for the licensed version. Such software is mostly known as ‘cracked.’ In most of the countries, people are not allowed to use it. Such activity is considered illegal and unethical.

Security experts see lots of problems related to the cracked software. The most important of them is that its developers can fill it with computer viruses and malware. By installing the pirated version of the program and failing to pay the money for its license, people can run into other losses, such as the loss of sensitive information (logins, passwords, etc.) and the permission to use their computers for such illegal activities as BitCoin mining and DDOS attacks.

The most popular tools used for cracking are these ones: Keygen, Patch, and Loader. Each of them can be used for these activities:

There is no surprise that the Internet is filled with cracked versions of the different software. People believe that they can save the money and effort by using it. Unfortunately, but there are lots of risks related to the use of such pirated copies that should make them avoid it. The use of the cracked software can lead you to such problems:

The final thoughts about cracks

Unfortunately, but there are millions of people who use cracks and cracked software. Almost each of them knows that it is illegal to make it and to use it. The biggest problem here is that these users clearly understand that they are collaborating with hackers who create these illegal executable files and promote them on the Internet. However, not all of them know that by downloading malicious executable files on their computers, they can let cyber criminals to connect to them and add or erase needed information. Besides, such criminals can try to install malware on their computers and take over their sensitive information that is kept on the system.

To avoid all possible dangers, security experts recommend NOT TO USE CRACKED SOFTWARE. If you have already downloaded one to your computer, make sure you perform these steps below:

By uninstalling the pirated software, you cannot be sure that your computer is safe. There are lots of suspicious components that can be installed with the crack and cannot be removed manually. Also, malware and other unwanted software can also be installed by its owners without your authorization. The easiest way to make sure that your computer is completely safe is to run a full system scan with the reliable anti-spyware. Here are the programs that can help you to check your computer thoroughly: ReimageIntego, SpyHunter 5Combo Cleaner.

Latest cracks added to the database 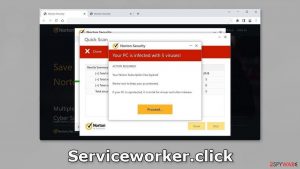 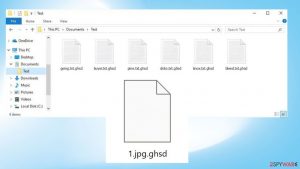 How to remove Ghsd ransomware

Ghsd ransomware is the virus that promises file recovery after the cryptocurrency payment.
Ransomware Viruses   July 01, 2022 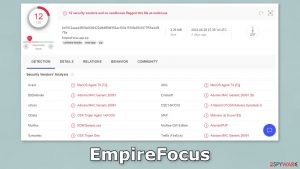