Carding is a term used to describe an unauthorized use of victim’s credit card, bank account, and other financial information. Another valuable data is considered PayPal, Uber and Netflix-related information that can be used for money laundering. Once the hacker gets required information, he/she tries to use it for making illegal purchases or uses carding forums, malicious websites, and other distribution points for selling it. For withdrawing the money without victim’s approval, these criminals make bank transfers or use other methods capable of helping them to obtain goods without making payment. Each of these activities leads the victim to the money loss. Typically, people who are behind such activity seek to reveal as much information as possible.

Carding is implemented with the help of various methodologies. In the very beginning, it was based on stolen credit cards that can be used to make illegal purchases until they are cancelled. However, now the main method that is used for stealing credit card information, financial data, and other sensitive details is related to malware. However, this is not the only way used by carders. They can also steal people’s personal information with the help of phishing. This trickery is based on fake websites that pretend to legitimate institutions, such as banks, universities, hotels, online shops and similar major institutions. Also, spam and misleading email messages have also been actively used for tricking PC users into revealing their personal and financial data, such as logins and passwords.

To stay safe from this extremely dangerous activity, users should start following safe browsing practices. You should always use a reputable anti-spyware, stay away from illegal websites, avoid browser redirections and misleading pop-up ads, and ignore spam or emails from unknown people for protecting your personal information. We believe that it is too valuable to be revealed for malicious parties.

The history of the carding fraud

The term “carding” was introduced in the 80s when people have started suffering from the loss of their credit card-related information. It is known that the first carding frauds were initiated with the help of insiders who called people to make them reveal their credit card details. In the 90s, hackers started using AOL Dial-up accounts that became useful tools for stealing needed information. Once AOL added “no one working at AOL will ask for your password or billing information” notification to each of its messenger communications, hackers stopped using this method.

In the 2000s, 150 Russian hackers from Odessa introduced “CarderPlanet”, which soon has become one of the most popular financial data websites. Within the several years, this site turned into the biggest marketplace of the stolen credit with more than 7,000 members and over 1.7 million stolen credit card numbers. This gang managed to cause more than $4.3 million of losses and was shot down in 2004, after 28 arrests of its members.

Russian-speaking forums are still dominating over English forums. They are mostly used for selling confidential data, such as credit card details, banking data, logins and similar information. For trying to protect themselves, carders use only private messaging systems, encrypted emails and forums, proxy networks, private VPNs and chatrooms. Nowadays, the most of money that is exported with a help of carding is transferred in a form of bitcoins. However, hackers can also rely on traditional wire services, such as the Western Union and MoneyGram.

Methods that are used by carders to steal sensitive information

Protecting yourself from carding 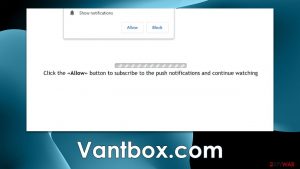 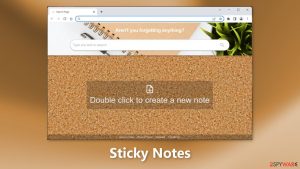 Sticky Notes is a browser extension that may collect browsing information in the background.
Browser Hijackers Viruses   February 06, 2023 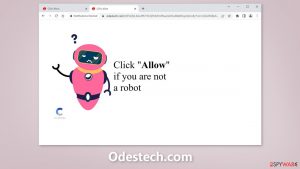 Odestech.com can cause annoying pop-ups to start appearing on the screen even with a closed browser.
Adware Viruses   February 04, 2023