Remote administration tools are initially legitimate applications that can be used to monitor somebody's actions in real-time. There are thousands of such apps available, some of which might be open source or viable commercially. Such apps are typically based on based on the server and client technology, where a remote connection can occur via the local network or the Internet. The server part runs on a controlled computer and receives commands from the client, which is installed on the remote host.[1]

Remote administration tools are divided into malicious and legitimate applications. Parasitical RATs, also known as remote administration trojans, are very similar to backdoors and have very similar functionality.[2] However, they are not as viral as backdoors and do not have additional destructive functions or another dangerous payload. They do not work on their own and must be controlled by the client.

The malicious RAT works in the background and hides from the user. The person who controls it can monitor the user’s activity, manage files, install additional software, control the entire system (including any present application or hardware device), modify main system settings, turn off or restart a computer.[3]

The name of these malicious programs are also commonly used in scare campaigns – malicious actors distribute fraudulent emails to users whose login credentials were previously compromised in a data breach. The message claims that the victim's machine is hacked, and a remote administration trojan was installed that let them record compromising material via the camera.

Users are then prompted to pay in Bitcoin for the hacker not to disclose the alleged video to their relatives, coworkers, and friends. In reality, it is unlikely that the malware is installed on the device of the user who received the email in the first place. However, the terminology used by the attacker, along with the real credentials of the victim, might convince even the more advanced users that the message is legitimate.

While sex-based extortion was prevalent even before the internet times, the rise in online fraud using the same theme online has especially peaked during 2018 and has not stopped being distributed ever since. The extremely sensitive nature and psychological manipulation are what made the bitcoin-extortion scams so successful.

Legitimate remote administration tools are commercial products targeted mostly at system administrators. Their primary purpose is to allow the authorized access to computers for fixing them or controlling them remotely. Nevertheless, legitimate RATs have the same functionality as parasitical programs and, therefore, can be used for obvious malicious purposes.

This type of malware gets used in targeted attacks and massive spam campaigns.[5] Malicious file attachments in phishing emails get used to distribute such infections since the downloaded and opened file triggers the infection automatically RAT can run without any permission or users' knowledge.

Later on, after the initial infiltration, such trojans can be set to spread other malware like ransomware or cryptojacking malware. This way remote access trojans work as backdoor tools for other viruses. RATs can also run processes in the background directly like cryptocurrency mining.

As we have already mentioned, legitimate RATs are very similar to illegal ones. However, they are used only for illegal activities, such as the ones given below:

Remote administration tools (RATs) aren’t similar to regular computer viruses. Their server parts must be installed on the affected system as any other software. Of course, this can be done either with or without user's content. There are two major ways how can an unsolicited RAT get into the system:

To sum up, the malicious version of remote administration tool allows the attacker to work with an infected computer in the same way as with its PC and use it for various malicious purposes. The responsibility for such activity is usually assumed by guiltless users on which systems malicious RATs were installed, as it can hardly be revealed the person who was controlling a parasite.

Spam email campaigns deliver malicious files with trojans. Practically all remote administration tools are tough to detect. They can violate users' privacy for months and even years until they are noticed. The malicious person can use the RAT to find out everything about the user, obtain and disclose priceless information like user’s passwords, login names, credit card numbers, exact bank account details, valuable personal documents, contacts, interests, web browsing habits and much more.

Any remote administration tool can be used for destructive purposes. If the hacker was unable to obtain any valuable and useful information from an infected computer or have already stolen it, he eventually may destroy the entire system to wipe out his tracks. That means that all hard disks would be formatted, and all the files on them would be erased. Typically, the malicious versions of remote administration tools can affect computers running Microsoft Windows OS. However, there are lots of less prevalent parasites that are designed to work under different environments, including Mac OS X and others.

The most infamous examples of RATs

There are thousands of different remote administration tools. The following examples illustrate how powerful and extremely dangerous these threats can be.

Back Orifice is an infamous malicious remote administration tool that allows the intruder to do with a compromised computer everything he wants and even more. This tool has a massive amount of dangerous functions and leaves the victim completely unprotected and disorientated. Back Orifice can be used to manage files, run and install applications, terminate defined processes, modify essential system and networking settings, control the operating system, installed software and hardware devices, log keystrokes, take screenshots, capture video or audio, steal passwords, etc. This remote administration tool supports plugins and, therefore, can have different additional functionality.

Beast is just another virus, which belongs to a huge family of Remote Administration Tools. The author of this threat is a known hacker, who is called Tataye. As we know, the first versions of Beast appeared from April 2001 to March 2004. This threat is written in Delphi and is compressed with ASPack.

Remote access tools is a program that can be legitimate software or misused by malicious actors as hacking tools.

Extortion scams started to be popular in the past few years, and crooks use various techniques in order to make users pay an inadequate amount of money by using blackmail. These types of scams are usually distributed via the emails that were previously compromised in the data breach of a well-known company, such as Ticketmaster, Marriott hotel chain, or Equifax.[6]

I infected you with my private malware, RAT, (Remote Administration Tool) some time ago.

The malware gave me full access and control over your computer, meaning, I got access to all your accounts and I can see everything on your screen, even turn on your camera or microphone and you won’t even notice about it.

While such a scenario is entirely possible if remote access trojan is installed, the extortion emails only claim this infection, and it is not real. The trick is to make victims believe that the malware is actually present on their devices, and the exposed password is meant to be proof.

Allegedly, those who do not oblige and pay the ransom (which can reach up to $10,000!), the crook is threatening to disclose the video to all contacts in social media networks, access to which was granted via the stolen credentials.

This scam works so well because users are unaware of massive data breaches that occur regularly, and most are too embarrassed/scared to share about the ordeal and end up paying the malicious actor.

Thus, be vigilant and never trust extortion emails. While some sort of compromise is possible, it is always advisable to scan your computer with reputable anti-malware software which would immediately detect and terminate RATs and other present malware. Extortion scam victims who would have checked their machines with security software could have avoided massive financial losses.

Removing RATs from the system

You cannot remove the malicious versions of RATs manually because they hide their files and other components deep inside the system. The most reliable way to eliminate such threats is to use a reputable anti-spyware tool. Such programs can easily help you to detect and remove even the most dangerous viruses, so there is no need to postpone their installation on your computer. You can fix your computer and get rid of any RAT with the help of ReimageIntego, SpyHunter 5Combo Cleaner, or Malwarebytes.

If you think that you are advanced enough to find RAT's files on your computer manually, you should think twice before each removal of your detected components. Otherwise, you may run into serious problems, like computer's instability. Note that lots of Internet resources, such as 2-Spyware.com, can help you with the manual removal of your malware. Detailed instructions on how to remove RAT (malicious one) from the system can be received by adding a question on Ask Us page. 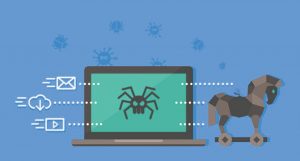 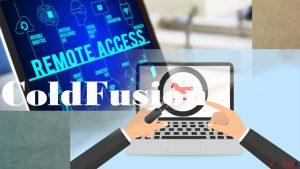 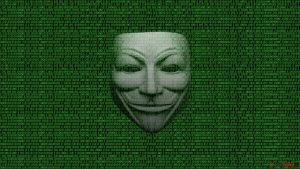